By CCN.com: China Daily, an English daily owned by the government of China, criticized the Trump administration for engaging in “poorly thought out China-bashing moves” as the Dow Jones futures fell following the imposition of new tariffs.

“It is time the US administration reconsidered its poorly thought out China-bashing moves. Working to secure a trade deal would be a more fruitful approach, since cooperation benefits both, while the trade war jeopardizes both their interests,” an editorial published by China Daily on September 2 read.

The Dow Jones futures indicate an opening with a 0.3 percent drop after China countered the tariffs of the U.S. by imposing new tariffs on $75 billion worth of U.S. goods.

China not willing to back down, will Dow continue to show weak momentum?

The editorial published by China Daily demonstrated the confidence of the government of China going into the next round of trade talks, emphasizing that a large number of U.S. companies do not intend to move out of the Chinese market.

“Despite the expected escalation of the trade friction between the world’s two largest economies, 87 percent of US companies operating in China said they will not move out of the country, according to a survey by the US-China Business Council released on Thursday.”

The state publication, citing the report of J.P. Morgan, said that U.S. businesses and consumers are taking a hit as shown by the performance of the Dow Jones from the tariffs and the trade war between the U.S. and China, not the government.

“As The Associated Press observed, although the US president insists it is China paying the tariffs, studies such as one by J.P. Morgan conclude that it is US businesses and consumers that are bearing the costs,” it added.

As the tension between the two countries intensifies, investors are beginning to dismiss the likelihood of a comprehensive trade deal by the year’s end, putting more fear into the stock market and the Dow Jones. 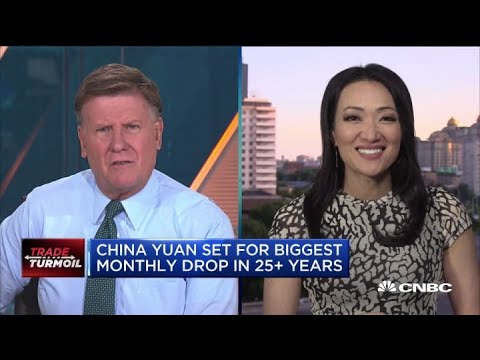 In the near term, economists expect President Trump to continue to place increasing pressure on the Federal Reserve to act upon the growing trade dispute and rising geopolitical risks, encouraging additional cuts to the nation’s benchmark interest rate.

If the Fed would cut, we would have one of the biggest Stock Market increases in a long time. Badly run and weak companies are smartly blaming these small Tariffs instead of themselves for bad management…and who can really blame them for doing that? Excuses!

Over the weekend, President Trump said that the U.S. and the Dow Jones would have one of the biggest increases in a long time had the Fed cut the interest rate more.

The performance of the Dow Jones over the upcoming month would show whether the prospect of Fed rate cuts would be sufficient to sustain the current momentum of the U.S. equities market.