By CCN.com: Minutes after opening, the Dow Jones plummeted by around 1.17 percent as U.S. President Donald Trump announced additional tariffs at 25 percent on $200 billion worth of Chinese goods, leading to a global stock market sell-off.

Here’s what triggered that astonishing rally.

The swift reversal has been primarily attributed to Treasury Secretary Steven Mnuchin’s assertion that negotiations between Chinese Vice Premier Liu He and U.S. Trade Representatives Robert Lighthizer had been “constructive.”

In a statement, the U.S. Chamber of Commerce expressed concern over the decision of China to take a step back from the trade talks, possibly due to the request of the Trump administration to protect the intellectual property of U.S. companies operating in China. 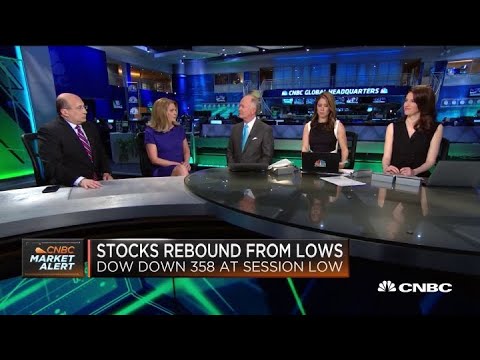 Myron Brilliant, the vice president of the U.S. Chamber of Commerce, said:

The American business community urges the Administration and the Chinese government to move forward expeditiously and in good faith to strike a high-standard, comprehensive, enforceable agreement, and end the tariffs now in place. Prolonging trade tensions and the escalation of tariffs are in neither country’s interest.

The optimism of Treasury Secretary Mnuchin has likely kept the Dow Jones and the rest of the U.S. equities market afloat during the afternoon hours, which indicates that investors still expect a full trade deal to be established in the medium-term.

May has been cited as a potential deadline for a trade deal, and President Trump has emphasized his intent to continue negotiations with China. But, it remains unclear whether the two countries would move towards a deal in the upcoming weeks with Trump unwilling to compromise on a new deal.

“The process has begun to place additional Tariffs at 25% on the remaining 325 Billion Dollars. The U.S. only sells China approximately 100 Billion Dollars of goods & products, a very big imbalance.”

“With the over 100 Billion Dollars in Tariffs that we take in, we will buy agricultural products from our Great Farmers, in larger amounts than China ever did, and ship it to poor & starving countries in the form of humanitarian assistance. In the meantime we will continue to negotiate with China in the hopes that they do not again try to redo deal!”

Due to the momentum of the Dow in recent months and the strong performances of tech and finance stocks, the equities market is generally expected to hold its current level.

But, according to Bloomberg, investors made the biggest withdrawals of the year from global stocks, suggesting the declining confidence of investors despite positive fundamental factors such as the Federal Reserve’s stable benchmark interest rate and improving jobs growth.

Investors made the biggest withdrawals of year from global stocks this week. https://t.co/28ZnLJqiza pic.twitter.com/C5jWhwlXHY

The sell-off of global stocks could further worsen struggling economies such as the eurozone, which may lead strategists to reconsider the possibility of a global recession and economic slowdown approaching the third quarter of 2019.