The Dow entered the second quarter with a bang, surging more than 325 points to kick off the US stock market’s first April trading session. Analysts pointed to bullish data from China, though the burgeoning Joe Biden scandal – and its positive impact on Donald Trump’s 2020 presidential campaign – may be playing a role as well.

This morning, the Dow surged in response to a strong Asian session, which saw the Shanghai Composite Index (SSE) rally 2.58 percent to 3,170.36.

The SSE’s bullish pivot was itself fueled by a sharp rebound in China’s official purchasing managers index, which rose to a six-month high of 50.5 in March, up from 49.2 in February. The data suggests that government stimulus is having a positive impact on the economy and that recession alarms may have been triggered too quickly.

Though still more than a year-and-a-half away, Wall Street must also grapple with a significant development in the 2020 US presidential race, one that – at least in the short-term – appears to have bolstered Donald Trump’s reelection bid. 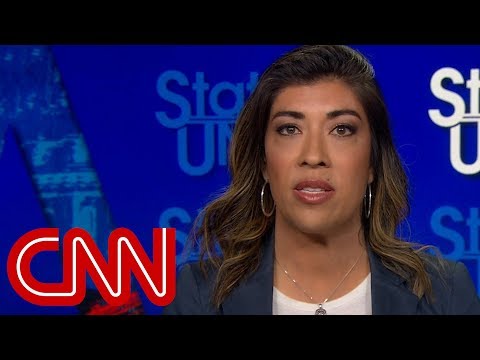 Last Friday, Nevada politician Lucy Flores published an op-ed accusing Joe Biden of subjecting her to uncomfortable physical contact in 2014 when he was vice president of the United States and she was the Democratic nominee for lieutenant governor in Nevada.

“As I was taking deep breaths and preparing myself to make my case to the crowd, I felt two hands on my shoulders. I froze,” she recounted. “I felt him get closer to me from behind. He leaned further in and inhaled my hair… He proceeded to plant a big slow kiss on the back of my head.”

While not rising to the level of much of the objectionable – and in some cases, criminal – conduct exposed during the #MeToo era – the Flores allegation drew attention to the 76-year-old Biden’s long history of awkward and uncomfortable physical interactions with women, behavior which many Democrats say is unacceptable in today’s political environment.

Data from prediction market PredictIt – which allows traders to gamble on the outcome of various political events – shows that Joe Biden’s odds of winning the 2020 presidential election plunged 50 percent between March 28 and March 30 before recovering slightly on March 31 after Biden began to mount a defense for his conduct.

The Democratic party still enjoys a comfortable 58-44 lead over the GOP in a general 2020 presidential election market, but many analysts maintain that Joe Biden is one of few Democrats who has the broad national appeal required to reclaim the Rust Belt states that helped deal Trump a victory – and Hillary Clinton a crushing defeat – in 2016.

Consequently, Donald Trump’s odds saw a notable spike as the Biden scandal threatened to derail the likely presidential candidate’s primary bid before it even officially got off the ground.

Trump shares rose 2 cents to 40 cents (on a scale of 1 cent to 99 cents) between March 28 and March 30, while Bernie Sanders shares rose as much as 4 cents to 17 cents to cement his status as the top Democratic contender.

Trump, of course, has his own sordid record of objectionable behavior toward women, but his voters demonstrated in 2016 that they were willing to ignore them to keep the Clintons – themselves no strangers to #MeToo scrutiny – from reclaiming the White House.