By CCN.com: The Dow surged by triple digits on Tuesday after Donald Trump slammed “stupid” Nobel-winning economist Paul Krugman, who continues to warn that the U.S. economy is on the brink of recession even as the stock market bounds toward record highs.

Just ahead of the closing bell, the Dow Jones Industrial Average had raced to a 123.91 point or 0.47 percent increase, launching the index to 26,634.96. In just five months, the DJIA has surged by a breathtaking 22 percent.

The move came as President Trump took a victory lap at the expense of Nobel laureate and frequent critic Paul Krugman.

Speaking to CNBC in early April, Krugman said that China and Europe may already be in a recession and the bond market is indicating a lack of confidence in the U.S. economy. 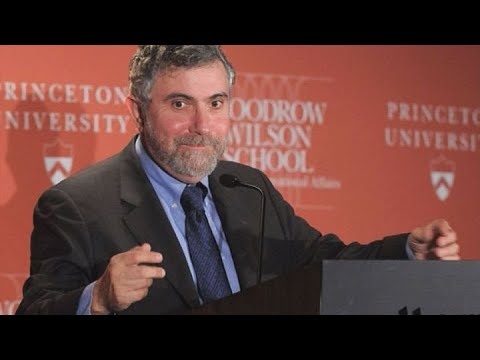 With all three major stock market indices at or near record highs, Trump unloaded on Krugman and the “Fake News New York Times,” in whose pages the economist often bashes the president.

“Paul Krugman, of the Fake News New York Times, has lost all credibility, as has the Times itself, with his false and highly inaccurate writings on me. He is obsessed with hatred, just as others are obsessed with how stupid he is. He said Market would crash, Only Record Highs!”

The Economy is Strong and it is Likely to Get Stronger

Paul Krugman, of the Fake News New York Times, has lost all credibility, as has the Times itself, with his false and highly inaccurate writings on me. He is obsessed with hatred, just as others are obsessed with how stupid he is. He said Market would crash, Only Record Highs!

Many fundamental factors such as jobs growth, productivity growth, the Federal Reserve’s benchmark interest rate, and corporate earnings point to a healthy short-term outlook for the U.S. stock market.

Last week, after experiencing its best quarter in four years, BlackRock CEO Larry Fink said that investors are underinvested in the stock market and that they could initiate a “melt up” in the near-term.

Strategists generally believe that the cautious approach of the Fed in adjusting the benchmark interest rate has played a key role in revitalizing the U.S. economy.

Some analysts have expressed concerns over the lack of stimuli that could push the U.S. economy forward in times of struggle in the eurozone economy and the presence of geopolitical risks surrounding the U.S.-China trade talks.

But, the Fed’s stance on the benchmark interest rate could establish the foundation for strong growth of the U.S. economy throughout 2019.

President Trump Confident That Strong Dow Will Propel Him to Reelection

President Trump has demonstrated his confidence in the economy, stating that the country currently has “perhaps the greatest economy in history,” with the Dow Jones, S&P 500, Nasdaq 100, and other indices all recovering back to all-time highs.

“In the ‘old days’ if you were President and you had a good economy, you were basically immune from criticism. Remember, ‘It’s the economy stupid.’ Today I have, as President, perhaps the greatest economy in history…and to the Mainstream Media, it means NOTHING. But it will!” President Trump said.

A comprehensive trade deal with China by the end of the second quarter is considered to be the last missing puzzle piece that could boost the short-to-medium-term prospect of the U.S. economy.