Unfortunately for stock market bulls, many analysts still don’t believe Trump will be able to deliver on his trade deal promise. One researcher anticipates a monster sell-off if trade negotiations break down again.

Of the three major US stock market indices, the Dow Jones Industrial Average was the top performer. The Dow rose 107.31 points or 0.39% to 27,873.6, while the Nasdaq and S&P 500 barely crept into positive territory.

Crude oil slipped as the US dollar rose, while the price of gold moved sideways to close the week.

There was a barrage of high-profile economic data in Europe. German GDP beat forecasts, Eurozone PMIs were mixed, and UK data was even more miserable than usual.

In the United States, there was better news for the Dow, as vital consumer sentiment data showed that the critical engine of US growth remains intact. Adding to this, some better-than-anticipated PMI data confirmed the resilience of the domestic economy.

Given how often stocks have rallied on the same tired but ultimately fruitless trade headlines, it is natural that market sensitivity to this fundamental has dulled.

Impeachment proceedings are crawling toward their endgame in the House. Nothing has altered the majority opinion that Trump may well be impeached – but will not be removed from office.

With the holiday season fast approaching, time is short for Trump to make a deal. We are less than a month from the next round of tariffs going into effect on December 15th. 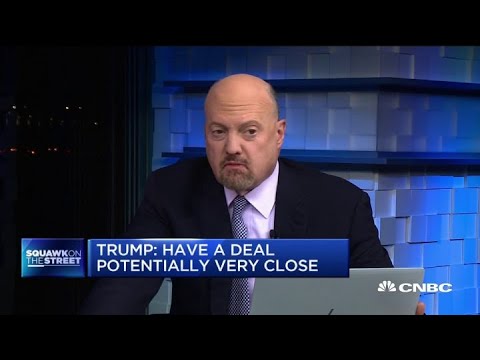 James Knightley at ING outlined in a recent report what investors can expect next from a truncated trading period next week, stating,

The Thanksgiving holiday means it is a short week in the US with regional manufacturing surveys and durable goods orders likely to be the highlight given that 3Q GDP is unlikely to be revised in a meaningful way.

The lack of a US-China trade deal five weeks on from President Trump’s positive assessment is leading to some doubt as to whether it will actually come to fruition. As such, we see little reason for any meaningful turnaround in the newsflow from the sector.

Analyst: Stock Market Could ‘Drop 10% in a Heartbeat’

If Trump does not secure a trade deal with his Chinese counterparts, the impact on equities could be dramatic, given current pricing near record levels.

Tom Essaye of Sevens Report Research told CNBC that a sizeable crash could be coming for the stock market if talks devolve:

If there’s not a China trade deal, you are going to see the S&P 500 go down 10% in a heartbeat. It’s going to fall fast. If the talks collapse this time, I think it’s reasonable to assume that nothing is going to happen until the election.

It was a nice day in the Dow 30, as most of the stocks were in the green, and the losers were only slightly down.

Pfizer was one of the leaders with a 1.6% rally, while the Dow Jones’ most heavily weighted stock – Boeing – provided sturdy underlying support to the day’s move higher with a 1.44% bounce.

Apple stock endured a slight decline as the tech giant took a breather after a monster run in the latter part of the year. Investors would like to see some concrete evidence that Trump’s suggestion of exempting Tim Cook’s company from tariffs this December will come to fruition, or if like the China trade deal, this will also prove elusive.