The Dow Jones Industrial Average (DJIA) closed with a 4.6% drop on Friday despite the Federal Reserve and the Treasury’s willingness to introduce major stimulus. The Dow could be set for another week of under-performance as the massive coronavirus relief package sees an abrupt roadblock.

The package, which White House Economic Advisor Larry Kudlow says is equivalent to 10% of the economic output of the U.S., was expected to alleviate significant pressure from the markets in the coming days.

In a note to clients, JPMorgan chief U.S. equity strategist Dubravko Lakos-Bujas said that a failure to implement an aggressive fiscal policy in the immediate term could result in a “broader capitulation of equities.”

Fiscal policies may not prevent a further downtrend in the Dow Jones, as the selloff has been driven primarily by fear concerning the spread of coronavirus.

Strategists like Chantico Global founder Gina Sanchez said that only a reduction in the number of new coronavirus cases would result in an extended recovery.

But, large stimulus packages could slow down the stock market’s rate of correction as government and health officials ramp up efforts to contain the virus outbreak.

If the stock market is pricing in a seamless introduction of the $2 trillion stimulus package, a delay in implementation could result in increased selling pressure on the Dow Jones.

Earlier this week, President Trump said that Democrats and Republicans are working on a package to combat the negative economic impact the coronavirus pandemic:

“I’ve spoken directly or indirectly to everybody many, many times…I think the Democrats and the Republicans are going to come up with a package that’s going to be really something.”

Like Lakos-Bujas, who predicted the S&P 500 to recover to its previous high at around 3,400 by early 2021, major financial institutions are struggling to see a strong rebound in the Dow before year’s end. 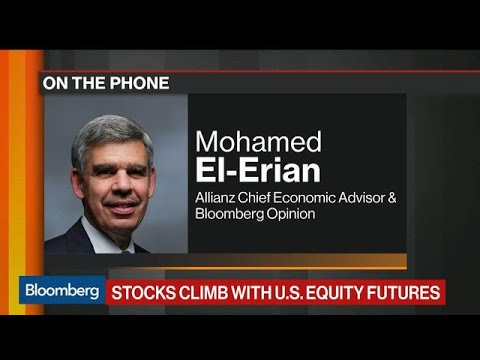 Bank of America (BofA) warned that a “collapse” in the U.S. economy in the second quarter of this year is to be expected, explaining that it forecasts the unemployment rate to double in the upcoming months.

Morgan Stanley has said that it sees a 2008-style recession playing out in the first half of the year, based on projected levels of unemployment, low cash buffer of small businesses, and the downtrend of the stock market.