A growing number of fund managers expect a recession to hit the global economy in the next 12 months, casting doubts over the Dow Jones and the stock market.

“Recession concerns continue to temper investor risk appetite as 38% of Fund Managers in latest BofAML survey expect a recession over the next 12mths vs 59% who see a recession as unlikely, the highest net recession risk since Aug’09,” said Holger Zschaepitz, a market analyst at Welt.

Year-to-date, the Dow Jones has shown a strong performance, rising by nearly 4,000 points from 23,346 points, fueled by optimism in the trade talks and the Federal Reserve’s cut in the benchmark interest rate.

Most of the investors that expect the global economy to find itself in the midst of a recession by 2020 predict that the U.S. and China are unlikely to secure a trade deal by the year’s end.

In fact, 76% of fund managers and investors in the survey said that a trade deal is to be signed in the medium term but are skeptical on whether the Trump administration can secure a deal, even a partial deal, in the near term.

The progress in the trade talks between the U.S. and China is said to have been priced into the stock market and the Dow Jones, which may have sustained the momentum of the Dow in recent months.

However, with the Trump administration and the government of China having hinted that the next logical step is a partial trade deal ahead of the next round of trade discussions, the lack of a deal could hurt the sentiment around the Dow in a major way and intensify concerns surrounding a potential recession. 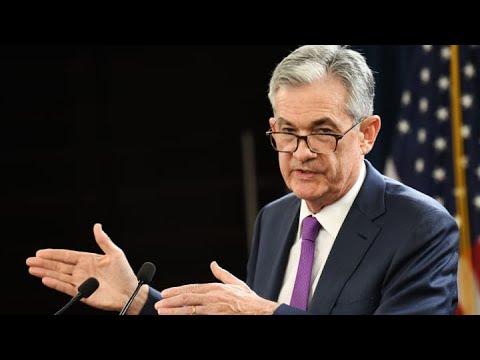 Another variable in the performance of the Dow and the U.S. equities market in general is the stance of the Federal Reserve towards the rising geopolitical risks in the global economy.

The Federal Reserve initially shifted towards a no rate cut by the end of September. Analysts like Zschaepitz stated that the attack against Saudi Arabia’s oil facilities could become a wild card in the decision making of the Federal Reserve.

A cut in the benchmark interest rate by the Federal Reserve in September could establish a positive precedent for the Dow throughout 2019, lessening growing fears towards a full-blown recession.

“Divided Fed set to cut interest rates this week, but then what? Since the Fed’s 8-2 decision to cut rates in July, a move that Powell called a ‘mid-cycle’ adjustment, the econ data has delivered mixed signals. Newest wild card to factor in is oil.”

Could manufacturing slump be detrimental for the stock market?

Reports indicate that in 2019, Pennsylvania and Wisconsin saw a decline of 8,300 and 4,000 manufacturing jobs respectively as factories in the Midwest struggle to rebound from the negative effects of the trade war.

Some analysts have said that the manufacturing sector in the U.S. has already entered into a recession.

“The manufacturing sector has broken and is now in a recession. The U.S. trade war with the world has blown open a great big hole in manufacturers’ confidence, and it will be a miracle if the broader economy can continue to roll on with manufacturing in decline,” Chris Rupkey, MUFG Union Bank’s chief financial economist, said.

President Trump, however, has expressed his confidence towards the strength of the U.S. economy, stating that the stock market has broken all-time highs well over a hundred times.

“The stock market is only a few points from its all-time high, which we broke well over a hundred times we broke the all-time high record,” he said.