Futures on the Dow and broader U.S. stock market plunged anew Wednesday evening, as investors braced for the likelihood of a no-deal trade summit between the United States and China. 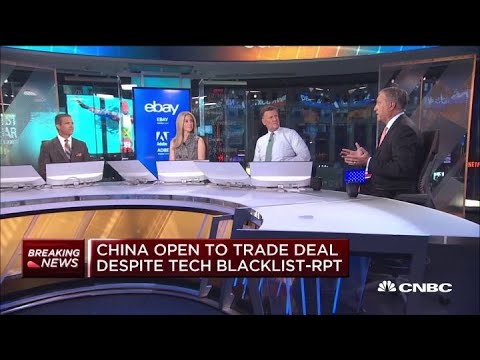 The prospect of an overarching trade deal between the United States and China appears to be dimming by the hour heading into Thursday’s face-to-face negotiation. At most, Chinese officials were said to be eyeing a partial trade deal with Washington, but only if President Trump eases the tariff threat.

The week got off to a rocky start after China’s top trade negotiator, Lie He, said most of Washington’s demands for a new trade deal wouldn’t be open for deliberation. A day later, the United States announced visa restrictions on China over abuses of Uyghur Muslims in Xinjiang.

On Tuesday, Secretary of State Mike Pompeo unveiled the restrictions targeting Chinese officials believed to be involved in a “highly repressive campaign” of detention and mass surveillance.

Both sides appeared to be getting closer to a comprehensive deal back in May before China reportedly backed out at the last minute. Fresh tariffs and a months-long stalemate ensued, plunging global markets into chaos.

The two superpowers have been locked in a trade war for the past 15 months, with no major concessions reached. On Thursday, negotiators will embark on their 13th round of negotiations. Although Beijing is open to a mini deal, the Trump administration had previously disavowed such an option.