By CCN.com: Staying ad-free will be the death of Netflix. Or, at least that’s what YouTube and JPMorgan believe. On a panel at IAB’s Digital Content NewFronts today, executives from the two companies discussed Netflix ads (or lack thereof) alongside representatives from UM media agency and MediaLink. The panel overwhelmingly agreed that Netflix would have to start serving up ads soon or other competitors would begin chipping away at their market share.

Are ads the solution, though?

Netflix has remained ad-free since launching its streaming platform in 2007. Other than on-demand content, the lack of commercials is what drove users away from cable television and into the arms of the streaming behemoth.

Now, Netflix boasts nearly 150 million subscribers with almost 10 million of those joining in Q1 alone. The consistent stream of new subscribers has made Netflix one of the best-performing stocks of the past five years. But, the continuous influx of revenue still falls several steps short of what the company is spending each quarter.

Although revenue has risen 22.2% year-over-year, Netflix predicts its 2019 cash flow to be $3.5 billion in the red. The negative cash flow is largely due to the company’s ridiculous original content budget.

Netflix is currently chipping away at this deficit with plans for it to plateau this year at around $3 billion. So far, the company has only adjusted subscription rates to do so. Over time, subscription prices have steadily risen from $8 and currently lie in the $9-$16 range.

Clearly, those price jumps haven’t been enough, which is why many are calling for ads as the company-saving solution.

Netflix Has Other Options

Even with the boost in subscription prices, the Netflix user base continues to grow. After bumping up prices globally in Q4 2017, Netflix increased its subscriber count to the tune of 50% over Wall Street analyst estimates. Today, the company may still be pricing its subscription service too low and should test higher tiers before even thinking about implementing advertising.

Looking on the other side of the balance sheet, Netflix has the opportunity to cut costs immensely. Spending billions on original content made sense over the last few years, but that’s no longer the case. They should now have plenty of results from their expensive content experiments.

Netflix needs to trim down its original content budget and focus on the shows and movies that have the best odds of becoming a smashing success. That means putting a renewed focus on hits such as Orange is the New Black and Ozark while stopping stinkers like The Week Of at the drawing board. 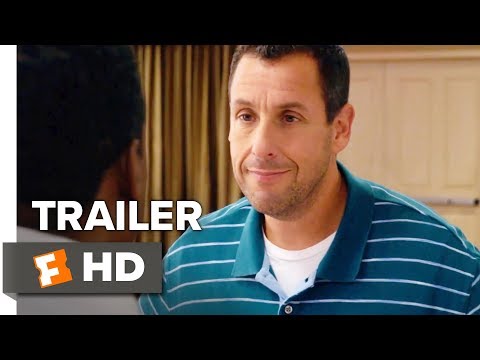 Unfortunately for Netflix, when you compare the popularity of original shows to third-party programming, the numbers aren’t even close. In 2018, just two out of the top 10 most watched Netflix shows were homegrown, showing that the billions they spent may not have been worth it.

Netflix has already given ads a shot. Recently, the platform added between-show promos for its original content but received heavy pushback from the community. Implementing mid-show ads would likely cause a massive exodus of customers. And we can be sure that competitors Disney and Hulu will be there to welcome those who leave.

I'll be the one of millions to say it. If you introduce any ads to your service that we pay for, I am cancelling my subscription that I had for years and move on somewhere else. @netflix #netflixads #subscriptioncancellation

The rest of the content world is shifting away from advertisement-dependent revenue streams. Ad-free Spotify is a top choice for audio content. And users are jumping ship from YouTube to support creators on ad-free alternatives like Patreon. Why would Netflix move the opposite way?