Editor’s Note 14:59 EST: The headline has been amended for clarity.

Trump’s former personal lawyer is set to give a bombshell testimony in front of Congress.

Michael Cohen, President Trump’s former attorney and fixer for 12 years until May 2018, could be about to open a can of worms on Wednesday that even Teflon Don cannot walk away from clean.

Citing a source privy to his testimony, the New York Times is reporting that Cohen plans to testify under oath that Trump broke the law while in office. The implications of such an account are unheard of in modern day U.S. politics.

Cohen starts a 3-day gauntlet in front of Congress today with a behind-closed-doors hearing to the Senate Intelligence Committee. The bombshells are expected to really drop on Wednesday when Cohen appears in public before the House Oversight Committee.

According to sources, it is here where Cohen will detail shocking revelations about Trump that include allegations of lies, racism, and cheating as a private businessman over the 10-year period when Cohen worked for him. It is believed that Cohen will use documents as well as personal experiences to outline his claims against the current president of the United States.

White House Goes on the Attack

Disgraced felon Michael Cohen is going to prison for lying to Congress and making other false statements. Sadly, he will go before Congress this week and we can expect more of the same. It’s laughable that anyone would take a convicted liar like Cohen at his word, and pathetic to see him given yet another opportunity to spread his lies.

While those close to Trump are said to be worried about what will come out of the hearings, they are also confident that Republican allies on the House Committee on Oversight will lay into Cohen. They will aggressively attack his credibility and attempt to paint him as a liar looking only to help his own cause by taking shots at the president.

Whether this tactic bears any fruit is another question altogether.

What Trump Should Worry About the Most

Whilst it is true that the president’s support network will probably be quite successful in repelling attacks from a convicted felon, particularly when it comes to his own base, Cohen’s testimony could still cause Trump some serious problems.

This is especially true now that the Democrats control the House of Representatives.

The Return of Stormy Daniels

The main criminal charges that Cohen will outline are connected to the president’s involvement in the pay off to ex-porn star, Stormy Daniels. Cohen is expected to outline in gory detail just how much of a role Trump played in the episode both before and after becoming President of the United States. 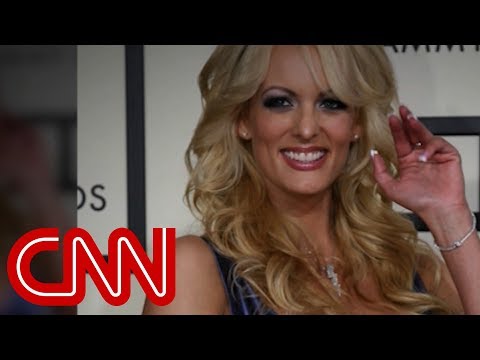 Cohen is also expected to bring up the specter of Russia by explaining how Trump continued to ask about plans for a Trump Tower project in Moscow after the Iowa caucuses had taken place in February 2016.

The Stormy Daniels and Russia issues have been talking points for a long time now, but perhaps one of the most shocking aspects to Cohen’s testimony will be the charge that Trump regularly employs racist language when talking about blacks.

It is only last fall that Cohen told Vanity Fair that Trump frequently used racist language, claiming that before the 2016 election his former boss said:

Black people are too stupid to vote for me.

With Trump in Vietnam for his latest summit with “Rocket Man,” North Korean leader, Kim Jong-Un, there is sure to be a big push from the right to play up this summit as a way to detract from the impact of Cohen’s testimony. Conversely, the more left-leaning media will no doubt go to town on the revelations that are set to be unleashed.

What will be interesting to see is exactly how the president reacts to the attacks. History shows that this is a man that does not keep quiet when under attack, so the fireworks could be spectacular.

Kevin Corke, @FoxNews “Don’t forget, Michael Cohen has already been convicted of perjury and fraud, and as recently as this week, the Wall Street Journal has suggested that he may have stolen tens of thousands of dollars….” Lying to reduce his jail time! Watch father-in-law!

Whatever the response, this is sure to be just the start of another bizarre episode in the reality of life under Donald John Trump, 45th President of the United States. The hearing begins at 10 am ET on Wednesday and can be watched live online on the committee’s website.