US President Donald Trump and California governor Gavin Newsom are in a feud over federal funds allocated to a high-speed train project in the state. | Source: Shutterstock

In a tweet, Trump claimed that California had canceled the bullet train project after wasting ‘billions of dollars’. He then demanded that the Golden State refund the $3.5 billion that the federal government had allocated to the project. The federal funds for the 220 mph train project were awarded nine years ago.

California has been forced to cancel the massive bullet train project after having spent and wasted many billions of dollars. They owe the Federal Government three and a half billion dollars. We want that money back now. Whole project is a “green” disaster!

California’s governor, Gavin Newsom, has however vowed that the state would not return the money as it was allocated by ‘Congress’. He also added that the bullet train project was still on course.

This is CA’s money, allocated by Congress for this project. We’re not giving it back.

The train is leaving the station — better get on board!

Between Trump and Newsom, who Fired the First Shot?

Trump’s demand for the money seems to have been prompted by the governor’s remarks earlier this week. During his inaugural State of the State Address, Newsom had proposed scaling back the bullet train project. Newsom had cited cost and time concerns, per The Sacramento Bee:

Let’s be real. The current project, as planned, would cost too much and take too long.

Then, as in now, Newsom had indicated he would not be returning the ‘$3.5 billion in federal funding that was ‘allocated to this project back to Donald Trump’.

Is Trump Right Regarding the Bloated Cost of California’s Bullet Train Project?

That California’s $77 billion bullet train project so far has not had a smooth ride is not a secret. The project which was supposed to transform the state by decongesting freeways and airports while reducing air pollution. However, it has become synonymous with mismanagement, huge cost overruns and delays. 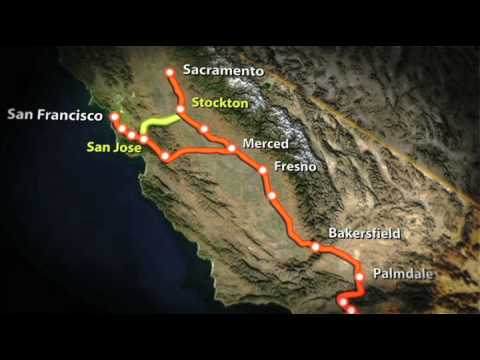 One of the items that overshot the budget was acquiring land for the rail route. For instance, it had initially been estimated that buying properties along the proposed rail route would eat up $332 million. The budget for property and land acquisition has now been revised upwards to $1.5 billion.

By some estimates, the project could now cost nearly $100 billion at the end of it all, according to CNBC. A state audit conducted last year in November laid the blame squarely on the California High-Speed Rail Authority.

Given the challenges, Newsom has now proposed prioritizing a segment of the high-speed rail link specifically in Central Valley. The original plan was to connect Los Angeles to San Francisco. 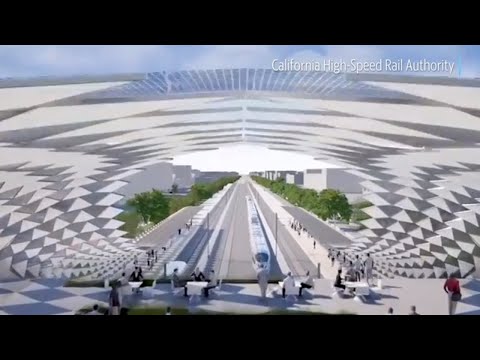 While Trump may be right in criticizing the project, his motives may be called into question. His attack seems more driven by the fact that California has become a “resistance state.” On issues such as immigration and climate change, the state has adopted policies and stances that clash with Trump’s agenda.

Additionally, most of Trump’s fiercest critics hail from the Golden State. This includes Democrats such as Speaker of the House of Representatives Nancy Pelosi, the chair of the House Intelligence Committee Adam Schiff and the chair of House Financial Services Committee Maxine Waters.