More than 30 million Americans have filed unemployment claims in the past six weeks. With the number likely to rise further, the coronavirus lockdown threatens to push the U.S. jobless rate to Great Depression levels.

A growing chorus of pundits argue that the lockdown is not worth the economic devastation America is suffering. They point out that the U.S. has lost 434 jobs for every COVID-19 death, implying that this price isn’t worth paying.

But this argument is wrong. It ignores that the lockdown reduced the death toll dramatically. And more troublingly, it mistakenly assumes that saving lives produces no economic value. 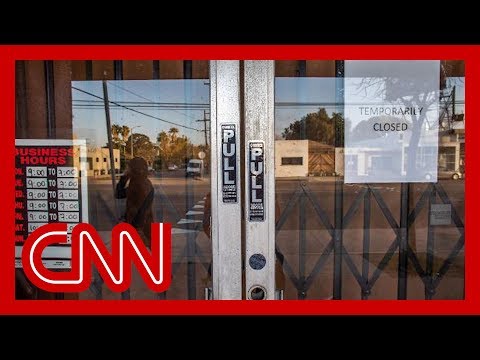 Any way you look at them, U.S. unemployment figures are staggering. After factoring in Thursday’s jobless claims report, an estimated 30.3 million Americans filed for unemployment in just six weeks.

There’s no way to spin that as a positive development, but there’s a sliver of good news. Fewer than 18 million Americans filed continuing claims for the week ending April 18. So at least a portion of job-loss victims are already back to work.

The other vaguely comforting aspect of the Labor Department’s latest jobless claims report is that the rate of layoffs is gradually slowing. Seasonally adjusted initial claims were 603,000 lower in this week’s release compared to the previous one.

Still, the total numbers are titanic. They’ve led some pundits – particularly on the right – to question the wisdom of shutting off much of the American economy.

The mood of much of this commentary was encapsulated in an article published today by ZeroHedge.

The infamous “Tyler Durden” closed the article with this question:

It’s a simple question, and it deserves a simple answer: Yes, it was worth it.

First of all, weighing the number of coronavirus deaths against jobless claims is a dishonest comparison.

According to projections from Imperial College London, as many as 2.2 million Americans could have died from COVID-19 if we hadn’t taken these preventative actions. So we shouldn’t compare 30 million lost jobs to 61,000 deaths, but to the potentially millions of lives that were saved as a result of the lockdown.

Yet even that’s not really a fair comparison. Those 30 million unemployed workers will receive financial help. There are few things more devastating than losing a job, but one of those things happens to be dying. And, at least over the long run, the vast majority will find jobs again.

And if you want to make an economic argument rather than a moral one, don’t forget that older people – the ones most vulnerable to COVID-19 – contribute trillions to the U.S. economy.

A 2016 study from the AARP and Oxford Economics found that productivity and spending from Americans aged 50 and above – the “longevity economy” – contributed $7.6 trillion to GDP in 2015. Spending from the over-50s supported some 89.4 million jobs in the U.S. that year.

So letting more older Americans die to save the economy would have caused its own economic devastation.

This is an important point, because it demonstrates that the choice is not between “avoiding economic pain” and “being nice.”

No matter what the coronavirus truthers say, avoiding economic pain was never really an option.