When announcing first-quarter results this year, Tesla CEO Elon Musk promised that the carmaker’s advancing self-driving technology would allow drivers to enjoy autonomous rides “from your home to your office” by the end of 2020.

A test conducted by nonprofit reviewer Consumer Reports rubbishes this, though, painting Tesla’s Full Self-Driving Capability suite as a product that isn’t ready for primetime.

The reviewer reached this conclusion after testing the latest self-driving FSD version 2020.24.6.4 running on the newest Hardware 3.0.

Is Tesla’s Advanced Self-Driving Features Worth $8,000?

During the review, problems were found in advanced self-driving features that have been around for years as well as recently introduced ones.

Autopark was found to be inconsistent and unreliable despite existing for years. Smart Summon (think automated valet parking) was prone to causing accidents by driving on the wrong side of the road.

The inconsistent and unreliable performance was observed with the Navigate on Autopilot feature of the FSD Capability.

The Traffic Light and Stop Sign Control, on the other hand, would stop even at a green light while driving through the stop signs.

The nonprofit reviewer concluded that, at this point, FSD Capability doesn’t “seem worth the hefty $8,000 price tag.”

By the end of this year, Tesla was planning to turn the FSD Capability option into a subscription service. The conclusions by Consumer Reports now mean Tesla has a long way to go before it can turn the autonomous driving hardware and software suite into a money-spinner.

Tesla bulls will no doubt be disappointed as they have been salivating at this opportunity and have used this fact to justify the stock’s lofty valuation.

Earlier this year, Morgan Stanley analyst Adam Jonas stated that the FSD software package is currently a highly profitable revenue stream, though with minimal impact. Tesla’s revenues from software and services are now under 5% of the company-wide total.

Morgan Stanley says software and services could contribute up to “50% of gross profitability” in the future.

But with Consumer Reports stating that the FSD Capability option doesn’t “provide much in the way of real benefits to customers,” it’s hard to see how Tesla will get customers to spend money on this feature.

The report undermines other bull cases for the electric maker, such as Musk’s claim for self-driving taxis.

The showman CEO has argued that with full self-driving capabilities, Tesla cars can make money for their owners. Tesla would additionally make money from operating a robotaxi fleet. If the tests conducted by Consumer Report are anything to go by, this is unlikely to happen soon.

Last year, Musk promised to unveil one million robotaxis by the end of 2020. But FSD Capability is nowhere near reaching full autonomy, and no country has authorized the widespread testing of self-driving cars. Watch the video below: 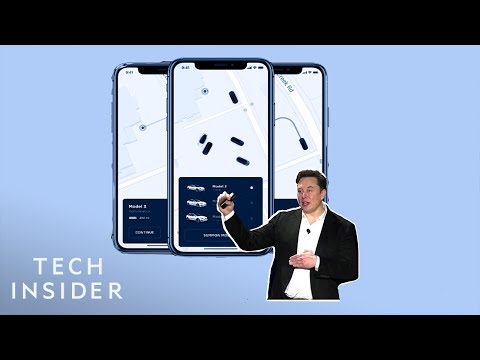 Additionally, Consumer Reports has warned that some of the FSD features are a safety risk and should only be used on testing grounds. That means we can expect more negative publicity for Tesla if another serious accident is attributed to its autonomous driving.