Telecommunications giant Huawei has been assured of the Chinese government’s full support in its legal challenge against the U.S.

China has and will continue to take all necessary measures to resolutely protect the legitimate and lawful interests of Chinese businesses and citizens. At the same time, we support the company [Huawei] and individual [Huawei’s CFO Meng Wanzhou] in question in seeking legal redress to protect their own interests and refusing to be victimized like silent lambs. 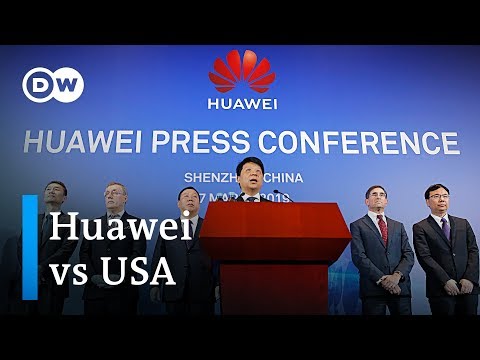 Huawei Files Lawsuit against U.S. as its CFO Sues Canada

This follows the filing of a lawsuit by the telecoms equipment maker against the U.S. government on Thursday. Wanzhou has also sued Canada for allegedly violating her constitutional rights. She is currently fighting extradition to the U.S. from Canada where she is under house arrest.

In Huawei’s suit, the telecoms giant alleged that the restrictions imposed on its business activities by the U.S. were unconstitutional. U.S. government agencies are currently prohibited from purchasing Huawei’s telecommunications equipment over fears of espionage.

BREAKING: Huawei sues the US over a ban preventing it from selling network gear https://t.co/zK23chfst7

How will Huawei’s Actions affect the U.S.-China Trade Negotiations?

The legal actions Huawei and its CFO have taken and the statement by the country’s top diplomat come amidst hopes that the U.S. and China could reach a trade deal before the end of this month. However, the Huawei matter could throw a curveball into the mix.

Among other things, the trade tensions between the two countries are over allegations that China has committed intellectual property theft. Already, the U.S. Department of Justice has filed criminal charges against for among other things ‘theft of trade secrets’

How Far is Trump Ready to go to Clinch the ‘Largest Trade Deal Ever Made’?

Notably, U.S. President Donald Trump has indicated that he could use Huawei and its CFO’s arrest as a bargaining chip in the trade negotiations.

Trump says would intervene in arrest of Chinese executive https://t.co/P8kiVxA2d3

Last year in December, Trump told Reuters that he could intervene with the U.S. Department of Justice regarding Huawei CFO in order to get a trade deal with China.

However, Trump can expect to face opposition from even his own party. Last month when Trump again hinted that criminal charges against Huawei and its CFO could be used as leverage in trade talks, there was swift pushback from across the political divide.

Senator Mark Warner, Democrat of Virginia, termed a trade deal that would let China get away with intellectual property theft a ‘major mistake.

Tom Cotton, the Republican Senator of Arkansas, was even more forthright, according to Politico:

Huawei and ZTE pose a serious national security threat. They’re Trojan Horses for the Chinese Communist Party, and the free world should stand together in blocking them from our critical infrastructure.