Cher wants nothing more than to turn back time… and get the United States Postal Service back on track.

In a series of tweets, the 74-year-old Goddess of Pop begged her followers to work with her in her quest to put the trusted government agency back on its feet.

She even phoned up her local USPS branches to see if they accept volunteers.

Is Nobody Going to Help Cher Help the USPS?

Unfortunately, it turns out there’s not enough love and understanding for our favorite diva – even though we could all use some love to ease these troubled times.

A spokesman for the United States Postal Service confirmed to Fox News that the agency doesn’t accept volunteers. Bang, bang, they shot Cher down.

(This is the last song lyric I’ll quote – I promise.)

Cher’s best efforts and greatest hits aside, the United States Postal Service is in trouble.

Like many things that Trump does, his desire to weaponize the Postal Service is rooted in petty revenge. Revenge against his political enemies. And maybe even Jeff Bezos.

And of course, it doesn’t hurt that sabotaging the agency that delivers the nation’s mail-in ballots might help him “win” the election in November.

That’s not a conspiracy theory. Watch the video below, where he admits he’s doing exactly that. 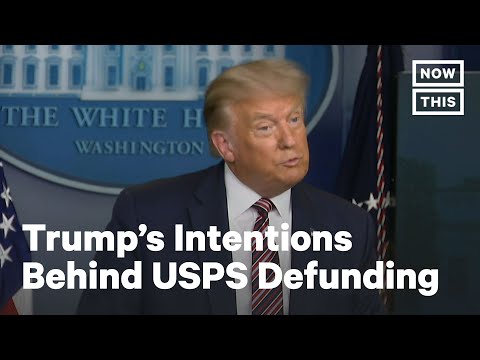 What’s embarrassing isn’t that Cher thought she could volunteer at her local USPS branch to help postal workers process a record number of mail-in ballots.

It’s that more Americans aren’t screaming as loud as she is about this direct attack on our electoral system. And that more celebrities aren’t doing their part to safeguard the democratic process