It has been just over a year since Carmelo Anthony last played in the NBA. He left the Houston Rockets’ blowout loss to the Oklahoma City Thunder early last November, retreating to the bench with two points after missing ten of his 11 field goal attempts.

One week later, less than a month into the regular season, the Rockets announced they were “parting ways” with Anthony. He spent the next calendar year as the most high-profile, hot-button vagabond in basketball.

Finally, Anthony is back in the NBA. If the most recent stops on his Hall-of-Fame career are any indication, though, Anthony will learn that he’d have been better off retiring from the league than returning to it one last time.

The Portland Trail Blazers’ wide-eyed, preseason championship hopes have quickly been dashed. They currently sit at 4-8, near the bottom of a loaded Western Conference, reeling from a rash of injuries that exposed their lack of high-level talent and quality depth – especially at forward.

Zach Collins will miss at least the next four months with a dislocated shoulder. Rodney Hood has already sat out two games due to back spasms, while franchise center Jusuf Nurkic, recovering from a gruesome compound fracture to his left leg, won’t debut until February at the earliest.

As a result, Portland coach Terry Stotts has been forced to dole out significant minutes to journeyman big man Skal Labissiere and rookie Nassir Little, one of the rawest players in his class. 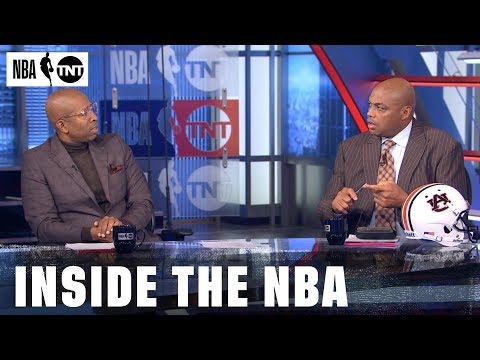 The Blazers are in need of bodies right now, basically, and a potential offensive jolt provided by a proven scorer like Anthony could be useful. Still, Portland clearly isn’t expecting much from a 35-year-old who hasn’t played in over a year, and hasn’t been an effective player for far longer.

Not only is Anthony’s contract non-guaranteed, but the Blazers even admitted they’re doing a collective shoulder shrug during desperate times by bringing him in.

Carmelo’s Defense Makes Him a Minus

Anthony’s sustained unemployment wasn’t an example of the league black-balling one of its all-time greats. The game is much different now than when Anthony entered the NBA in 2003, a reality supported by his immense struggles to make a positive impact in recent years.

Houston was 4-6 when Anthony played his last game in a Rockets uniform, and went 49-23 over the season’s remainder. The Rockets were outscored by 9.9 points per 100 possessions with Anthony on the floor, an unsurprising dynamic given his abjectly negative influence on the Thunder the previous postseason.

Carmelo Anthony explains why he wasn't successful in Oklahoma City: "It wasn’t a good fit…. Everything was just so rushed" pic.twitter.com/PrBcL9rdr0

Donovan Mitchell exploded in the Utah Jazz’s first-round victory over Anthony and the Thunder in April 2018. It was Anthony whom Mitchell did most of his scoring against, not only establishing himself as a future star, but exposing the sweeping effects of Anthony’s porous individual defense to a national audience.

Donovan Mitchell has scored the last 12 for the Jazz. Billy Donovan has to get Carmelo Anthony out of this game. #TwitterNBAShow https://t.co/Gwlg3eOyvE pic.twitter.com/U3GjiW5Tb4

Anthony, who has balked at a reduced role in the past, seems ready to accept his new NBA circumstances. The Blazers wouldn’t have signed him if they weren’t given assurances of Anthony’s willingness to be a cog in the machine rather than the wheel itself.

For Anthony, that means launching open threes and occasionally going to work in the post against smaller defenders. But even if his shot drops at a higher rate than it did with Houston and Oklahoma City, he won’t be much help for Portland. He’ll still be relentlessly attacked one-on-one, and could prove more damaging within the team defensive construct.

LeBron James entered this season as the only member of the 2003 draft class still active. If his tenure with the Blazers goes half as poorly as his time with the Rockets and Thunder, don’t be surprised when Anthony comes to regret becoming the second.