On Twitter today, the Capcom esports team announced Ryan “Filipino Champ” Ramirez has been banned from all events. The professional fighting game player will not be allowed to take part in any Capcom-owned and operated events around the world.

The ban comes after Filipino Champ seemed to mock the Black Lives Matter movement in a now-deleted tweet. The tweet featured a watermelon and joked that #WatermelonLivesMatter.

The racist connotations of watermelon are well-known.

Filipino Champ has apologized for the tweet, calling it “very insensitive” and said that he didn’t mean “any harm” by it. Some doubted how sincere his apology was though when he called esports attorney UltraDavid a “b—-h” and a “two-faced MF” for praising fighting game event organizers for the ban.

Capcom has also found itself in the firing line for taking so long to ban Filipino Champ. Videos from several years ago show the fighting game player using other offensive terms.

A video purportedly from the SoCal Regionals of the 2010 Capcom Pro Tour show Flipino Champ calling fellow fighting game player Tokido a homophobic slur behind his back. Another video posted on Streamable 18 months ago appears to show Filipino Champ going on an offensive tirade. Among other things, it shows the professional gamer using the n-word. 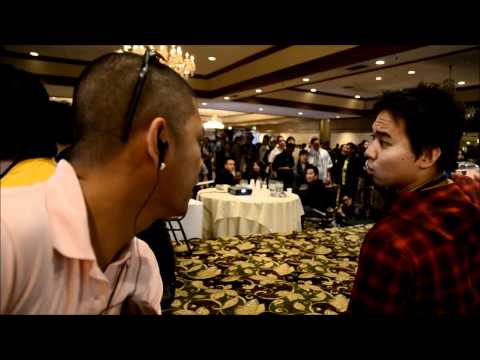 There’s little doubt that the severity of Filipino Champ’s ban is because of the Black Lives Matter protests. Gaming companies have been taking a big stand against racial injustice with companies developers like Rockstar Games shutting down servers in support of the movement. Filipino Champ violated the player code of conduct and Capcom will want to show that it does not tolerate offensive posts like this.

Many will expect Capcom to keep on this level of pressure. If the company fails to issue bans like this in the future, it suggests that the company only banned Filipino Champ for the optics. Treating all players the same when they post offensive content will show just how serious Capcom is.