Another Boeing 737 Max 8 airplane crashed Sunday morning in Ethiopia, four months since the Lion Air disaster in October where 189 lives were lost in the Java Sea in Indonesia. The Ethiopian Airline flight ET302 en route to Nairobi, Kenya, crashed six minutes after taking off.

The weekend’s incident happened just outside Ethiopia’s capital, and trouble started immediately after takeoff. Swedish online air traffic tracker, Flightradar24, which tracked the plane said the “vertical speed” of the aircraft was unstable after takeoff.

Additional data from Flightradar24 ADS-B network show that vertical speed was unstable after take off.

Tewolde GebreMariam, Ethiopian Airlines CEO told reporters at the crash site that the pilot encountered technical difficulties and asked for clearance to return to the tarmac in Addis Ababa. The plane didn’t make it back.

“As it is a fresh incident, we have not been able to determine the cause. As I said, it is a brand new airplane with no technical remarks, flown by a senior pilot and there is no cause that we can attribute at this time.”

The 737 Max 8 plane which was freshly delivered to the airlines in November has raised more concerns about Boeing’s security measures on its new 737 models.

Boeing’s Workhorse Loved by Many

Boeing’s 737 lineup has been widely successful, churning out aircraft after aircraft with the company’s annual revenue for 2018 crossing the $100 billion mark for the first time on top of strong demand on the 737 MAX and the 787 Dreamliner.

The 737 MAX was designed as a workhorse that was loved by airlines and passengers alike. With pricing that starts at $120 million and over 350 delivered since they were unveiled in 2017, the 737 MAX has been the company’s best-selling plane till date.

According to the company’s website, the MAX aircraft models, which includes the MAX 7, 8, 9 and ten accounts for other 4,700 orders from 100 customers worldwide. Some of the airlines flying the MAX 8 jet includes American Airlines, China Eastern Airlines, Norwegian Air International, WestJet, Shanghai, Air Canada and a host of other leading airlines.

The Ethiopian Airline crash has too many similarities to the Lion Air crash. Firstly, they are both MAX 8 planes. Secondly, both planes crashed less than four months after it was delivered to the airline, eliminating any maintenance issue concerns. The third point, they both crashed some few minutes after taking off. Why would a new plane crash some few minutes after taking off? 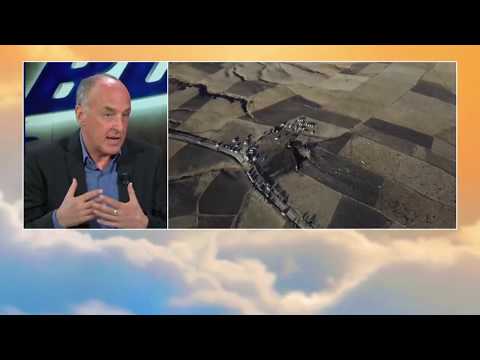 Back in October when the Lion Air crash occurred, the preliminary reports pointed to faulty sensors that made it difficult to control the automatic safety systems. The pilot fought against the safety system designed to prevent an aerodynamic stall, which repeatedly pushed the plane nose down. Each time this happened, the pilot had to manually aim the nose higher to correct the flight. This happened 26 times, per the report, before the plane eventually crashed.

Known as the Manoeuvring Characteristics Augmentation System (MCAS), this feature was added to the MAX 8 to protect pilots from losing control.

Boeing’s engineers had wanted a way to fit a larger fuel-efficient engine under the wing of the airplane’s low-riding landing gear. Their solution? Move the engine a bit higher up and extend the nose landing gear by eight inches. The engineers were able to achieve a 14% fuel efficiency in the single-aisle jet, but it affected how the plane handled certain situations.

Relocating the engines causes an upward pitching moment when the plane ascends, leaving Boeing with the decision to quietly include the MCAS, which helps bring the nose down when the jet’s angle of attack drifts too high in manual flying.

If a pilot raises the plane’s nose too high, the system will force the nose downwards to prevent a stall. Pushing the nose down is where the problem lies. More worrisome is that the MCAS is “activated without pilot inputs” when the plane’s angle of attack is high, the autopilot is off, steeply turning or when the flaps are up.

If the MCAS activates when it senses the Angle of Attack (AoA) exceeds the threshold on airspeed and altitude, it tilts the jet’s horizontal stabilizer trim upward at .27 degrees per second up to 2.5 degrees at less than 10 seconds.

How much the stabilizer moves depends on its Mach—the aircraft’s speed compared with the speed of sound in the air. At a higher Mach, the stabilizer moves slowly. At slower speeds, it moves more. However, if the jet is at a high AoA or its sensors believe it is, as, with the Lion Air crash, the MCAS would “command another incremental stabilizer nose down command.”

The pilots of the ill-fated Lion Air crash were not aware of the MCAS feature in the 737 Max 8 or any pilot for that matter.

Basically, the cause of the accident of Lion Air was that the AOA (ANGLE OF ATTACK), sent wrong information to the cockpit and made a stall warning. A new function with the 737 MAX 8 is that it would automatically push the nose down if the AOA says so. 1/2

Boeing and the U.S Federal Aviation Administration (FAA) issued guidance on the 737 MAX new system, last year. The FAA told airlines that a system on the plane could force the MAX 8 to descend sharply for up to 10 seconds, during which it could be difficult to control the aircraft.

An American Airlines spokesman told Reuters that they were unaware of the functionality in the MAX 8.

“We value our partnership with Boeing, but were unaware of some of the functionality of the Maneuvering Characteristics Augmentation System (MCAS) installed on the MAX 8.”

President of the Southwest Airlines Pilots Association, Jon Weaks, said keeping such a possible malfunction secret makes them wonder if there are any “more surprises out there.”

“We don’t like that we weren’t notified. The companies and pilots should have been informed. It makes us question, ‘Is that everything, guys?’ I would hope there are no more surprises out there.”

When the first black box of the Lion Air plane was recovered, it pointed to a failure of the MCAS as a potential cause of the crash.

Like the MAX 8 that crashed in Indonesia, the Ethiopian airline didn’t spend much time in the air before the plane came crashing down. The technical difficulties reported by the pilot after takeoff could have been the sensors sending wrong signals to the MCAS, forcing the stabilizer nose down command.

Details about the cause of the crash are still sketchy but the airline has recovered the Digital Flight Data Recorder (DFDR) and the Cockpit Voice Recorder (CVR) which should shed help in the preliminary reports.

Accident Bulletin no. 6
Issued on March 11, 2019 at 01:40 PM Local Time
The Digital Flight Data Recorder(DFDR) and Cockpit Voice Recorder(CVR) of ET302 have been Recovered.

Boeing hasn’t said much beyond a statement commiserating with passengers and crew members on the crashed ET 302 flight. The manufacturer said it will send its team down to the crash site to provide technical assistance.

GebreMariam is not interested in the blame game at the moment, but his airline, which is the largest in Africa, is not waiting on Boeing’s technical team for explanations. The airline has grounded the use of the 737 MAX 8 planes in the wake of the crash.

In an official update on Twitter, the airline said:

“Following the tragic accident of ET 302 … Ethiopian Airlines has decided to ground all B-737-8 MAX fleet effective yesterday, March 10, until further notice.”

Chinese aviation authorities have also ordered for a total suspension of MAX 8 jets used by the country’s airlines. Chinese airlines, who make up about 20 percent of the MAX 8 deliveries, currently operate 60 737 MAX 8 airplanes at the moment. The civil aviation administration of China said there were “certain similarities” between the crash in Indonesia and yesterday’s crash in Ethiopia, as both crashes “were newly delivered Boeing 737-8 aircraft.”

Cayman Island has taken the same step. The President of Cayman Airways Fabian Whorms said the airline was putting the safety of its passengers and crew first before efficiency and speed. Indonesia has grounded the jets for inspections, following the Ethiopian Airlines crash. More regulators across the world have idled the MAX 8 jet following the crash in Ethiopia.

Boeing has canceled its plans to unveil the 777x jetliner, a plane that it describes as the “largest, most efficient twin-engine jet” ever built. Known as “the boss” the jetliner comes with the largest jet engine in the industry, measuring 252 feet from nose to tail and is expected to convey as much as 400 passengers per trip.

Customers have been shocked at how much they have to pony up to change their flight plans in the wake of the crash. For some airlines, the customers have to pay above $1,000 as a change fee.

Unnerved customers have taken to social media to air their grievances on airlines that refused to offer waivers for customers that want to avoid the scrutinized MAX 8.

Our fleet of Boeing 737 MAX 8 aircraft are operating as planned today and we plan to operate those aircraft going forward. If you would like to change your flight, there would be a difference in fare that would need to be collected for doing so. -Dillon

Hi @SouthwestAir why aren’t you grounding the Boeing 737 Max 8? Can you help me change my flight so I won’t have to fly in a plane that the pilot can’t control?

Boeing’s shares plummeted more than 13% after the crash, weighing down the Dow Jones Industrial Average by as much as 153 points. Boeing stock fell sharply to $38 before recovering and closing at $400.01, its largest slide since the Lion Air crash in October. A Morgan Stanley report had predicted a “degree of weakness and volatility” in the stock until regulators understand the cause of the crash.