On Friday Steve Dickson, head of the Federal Aviation Commission (FAA), revealed plans to unground the Boeing 737 earlier than expected.

The move came three days after Boeing said it didn’t expect the planes to fly until mid-year. While the FAA chief didn’t give a timeline for the plane’s ungrounding, he may be buckling under pressure to re-certify the 737 MAX as soon as possible.

This comes at a time when the FAA is still dealing with the fallout from its decision to certify the 737 MAX in the first place. Reports reveal the organization failed to thoroughly inspect the plane when they gave it the stamp of approval back in 2017. A second mistake of such magnitude could do serious damage to the regulator’s already tarnished reputation.

Airlines want the 737 MAX flying as Soon as Possible 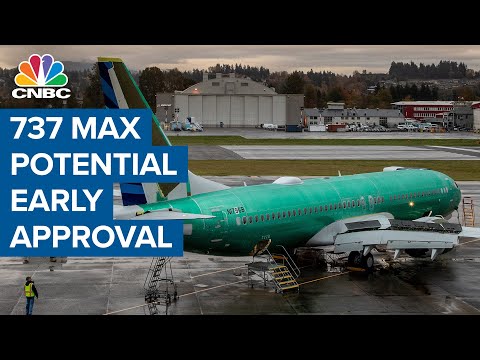 On Friday, Steve Dickson spoke with senior officials from Southwest Airlines (NYSE: LUV), United Airlines (NYSE: UAL), and American Airlines (NYSE: AAL). The three U.S-based carriers are the 737 MAX’s primary operators, and they own significant numbers of the grounded planes.

Southwest Airlines, the biggest operator of the 737 MAX, has 34 of the planes in its fleet along with outstanding orders for hundreds more when the plane becomes ungrounded. United and American Airlines also have large back orders for the aircraft. The 737 MAX grounding has had a significant negative impact on these airlines. And costs have already run into the billions.

In response to their concerns, Dickson stated:

While the FAA continues to follow a thorough, deliberate process, the agency is pleased with Boeing’s progress in recent weeks toward achieving key milestones. Safety is the top priority, and the FAA continues to work with other safety regulators to ensure that Boeing has addressed all known issues with the aircraft.

Is the FAA Repeating Its Mistakes?

According to FAA internal analysis released during a House committee hearing in December, the regulator neglected to ground the 737 MAX even after its own models suggested the plane would experience fatal crashes every two or three years. The report predicted a total of 15 catastrophic accidents over the next 30-45 years.

Despite knowing the dangers of the 737 MAX and its MCAS system, FAA regulators allowed the plane to fly. This decision indirectly resulted in the Ethiopian Airlines flight 302 crash that killed 157 people.

When the FAA ungrounds the 737 MAX, it will be putting its already tarnished reputation on the line. While FAA approval will serve as a green light for U.S.-based airlines to fly the controversial plane, it’s unclear if other countries will follow the regulator’s lead after such high-profile misjudgments.