The bitcoin price is holding at the $5,100 level, which is drowning out the bearish voices.

BitMEX CEO Arthur Hayes isn’t always the biggest bitcoin bull in the room, but he’s coming around. Hayes predicts the bitcoin price could reach at least $50,000 in the next two-to-five years. Clearly, the bitcoin price has had the wind at its back in 2019, which made the crypto community quick to forgive the wrong calls during crypto winter.

If that price sounds familiar, it’s because Hayes forecast that was where BTC was headed in last year, which he probably came to regret. Since then, he’s played it safe, as evidenced by his short-term bitcoin price outlook of $10,000 by year-end 2019. It’s a relief to hear that he hasn’t abandoned his $50K price target altogether and has just pushed it back by a few years. Hayes was featured on the Venture Coinist podcast with Luke Martin where he added:

“It could go materially higher if the world plays out the way I think it’s gonna play out.” 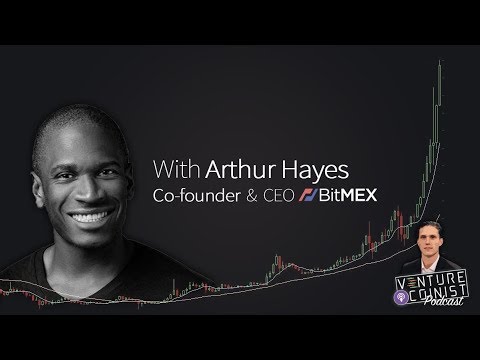 Reading the Tea Leaves on the Bitcoin Price

To see how Hayes came about his bullish BTC price prediction of $50,000, it helps to look at the bigger picture. He describes a financial system in which the U.S. Federal Reserve is once again printing money, which has created “silliness” in the financial markets. In turn, that “silliness” has spilled over into the crypto market as investors’ risk appetite increases.

Bitcoin, however, is competing with a robust pipeline of tech IPOs, starting with Lyft, which incidentally has fallen flat, and extending to the likes of Uber and Pinterest. This could put crypto on investors’ back burner until later in the year when bitcoin becomes the shiny new thing again.

“That’s when I think we can really see some gains rack up in this market,” said Hayes.

So why the two- to five-year time horizon for the bitcoin price prediction? Hayes points to a future in which financial privacy is disappearing in the next half-decade as governments around the world ban cash. The rise of mobile payments has pushed cash lower on the totem pole, which has given centralized parties a window into the spending habits of customers and governments more control. Enter the bitcoin revolution.

“That’s where I really see the value proposition for bitcoin finally clicking in everyone’s head.”

Whether or not his bitcoin price prediction reflects it, Hayes is laying the groundwork for a future with crypto. His company BitMEX is backing a mysterious startup that is building a product to give investors the opportunity to invest in S&P 500 index with bitcoin via swaps. He’s also exploring integrating crypto transactions into the fixed income markets.

As for bitcoin, don’t let Hayes’ poker face fool you. BitMEX generates revenue on trading volume whether the price is moving higher or lower.