The idyllic Canadian town of Innisfil is accepting bitcoin for tax payments from residents and the mayor is a big proponent. | Source: Twitter/Lynn Dollin

A Canadian town mayor says using bitcoin to pay for property taxes has made transaction costs much cheaper.

“The advantage of doing it as opposed to [using] a credit card is the transaction costs are so much cheaper,” Mayor Lynn Dollin of Innisfil, Ontario told Day 6.

Innisfil is the first town in Canada to allow residents to use bitcoin to pay their property taxes. It’s part of a one-year pilot program the town entered into with Coinberry Pay, a Toronto-based cryptocurrency company.

Mayor Wants Ontario Town To Be a Tech Hub

The program officially launches this week. Mayor Dollin is embracing the crypto project because she wants to woo entrepreneurs to her lakeshore town of 36,000 people to elevate it has a tech hub one day.

“It could attract us some opportunities as far as economic development within our community.”

Dollin says she’s aware that bitcoin has been roiled by scandals because it’s a nascent, unregulated industry, but says she’s being cautious.

“We developed a bit of a reputation for not being afraid to try new things.”

“We have to be careful. We’re responsible for taxpayers’ dollars. So certainly, we don’t want to bring any risk to the taxpayers.”

The town of Innisfil joins a growing chorus of municipalities around the world that have become bitcoin-friendly in a bid to lure tech investors.

The Digital Token Act takes effect in August. The pro-bitcoin law is part of a move to catapult Colorado into a tech hub by making it easier for entrepreneurs to open blockchain and crypto-centric businesses there.

Lawmakers hope this will boost Colorado’s economy by creating new jobs and luring venture capitalists, developers, and investors to the state.

Why Mass Bitcoin Adoption Has Been Slow

Mainstream bitcoin adoption has been slow — largely due to the numerous con artists that litter the crypto eco-system — and to widespread public ignorance about what cryptocurrencies are.

Mallers says the reluctance to embrace bitcoin is tied to the negative public perception of crypto moreso than technical obstacles.

“There’s a serious mental barrier that needs to be broken down as far as people’s relationship with bitcoin and the asset itself. They don’t look at it as very useful. They look at it as highly speculative.” 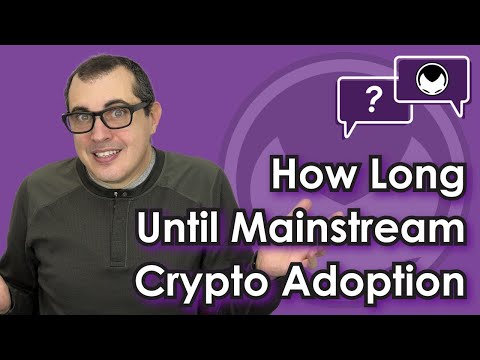