When Satoshi Nakamoto, a name widely believed to be a pseudonym for a small group, published the specifications for Bitcoin back in 2008 the effort was not widely recognized at first. One of those who did understand the implications was cryptographer Hal Finney. His early entry into mining Bitcoin provided him with the funds he and his wife Fran needed for his five-year battle with Lou Gehrig’s disease.

This financial success was not without its hassles, and the worst was the Bitcoin Extortionist. When two months of menacing calls to the Finney home failed to produce the desired results, namely $400,000 worth of Bitcoin in exchange for leaving Finney alone, the caller escalated. Using some sort of phone number spoofing technology, the extortionist called the Santa Barbara PD from what appeared to be Finney’s home number. He reported that he had killed two people in the home and was going to do further violence to himself or others.

Finney, immobilized by the disease, was in the shower when the SWAT team arrived, and was made to wait, shivering in his front yard for half an hour, while the officers cleared the house. Given his fragile condition, this event could very well have ended in his death.

It is believed the person behind the Finney swatting is the same individual who broke into an old email account belonging to Satoshi Nakamoto, seeking leverage against the person or group, who have a massive cache of Bitcoin. Roger Ver, a noted Bitcoin evangelist, was the target of a $20,000 extortion attempt. His email was compromised, and the intruder sought 37 Bitcoin in exchange for not publishing private information.

Ver didn’t flinch, and he didn’t keep quiet. He thought that 37 Bitcoin was the right number, but HE turned the table on the extortionist by starting BitcoinBountyHunter, an online Crimestoppers type operation where rewards will be given for information leading to convictions. The bounty has gone unclaimed thus far, but the principle has been established; the first hints of ‘local’ enforcement in the virtual realm have appeared.

These individuals are not the only high profile targets. The city of Detroit lost control of an unused database and was approached by the intruder, who wanted 2,000 Bitcoin to restore access. Luckily it was also unneeded as well as unused, and the intruder went away empty handed.

Larger in dollar amount but lower in priority for law enforcement are the thousands of victims of CryptoLocker ransomware. If your server is infected your files are locked until you pay a small fee, typically equal to three or four hours of a consultant’s time. It is believed that about $3 million changed hands, not every who paid got their files back, and the crime wave was finally disrupted when Operation Tovar wiped out the botnet that had been distributing CryptoLocker.

Bitcoin started with cryptography enthusiasts, and its relatively private and decentralized nature has fostered the creation of darknet markets like Silk Road. The perception that that Bitcoin is untraceable has emboldened various bad actors to try these schemes and the first use cases left law enforcement as interested in those who had Bitcoin as those who were trying to make off with it.

Things will change for the better in 2015, as every part of the financial sector is using Bitcoin, trying to float their own crypto coin, or working on blockchain-based projects designed to take out middlemen. A year from now we should see Bitcoin and the other well-established crypto coins being treated in the same fashion that credit cards are now in terms of law enforcement responsiveness to fraud. Hopefully, 2015 will also see law enforcement will catch up with ‘Savaged’, the psychopathic extortionist who swatted paraplegic Hal Finney. 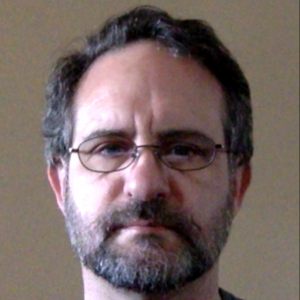 Neal Rauhauser
Cryptocurrencies, cipherspace, and contagions, both of markets and society, are what capture my attention.
Subscribe
0 Comments
Inline Feedbacks
View all comments

Dow Crumbles on Disappointing Job Numbers, Stimulus Deadlock
No Comments
← PreviousThe Second-Worst Currency in 2014 is Ukraine’s – The Worst Is Bitcoin
Next →Winklevoss Bitcoin Trust ETF Files for 1m Shares on Nasdaq; More to Be Revealed in January