You might not know it, but New York City Mayor Bill De Blasio is (still) running for president. And according to an eyebrow-raising report in the New York Post, his City Hall office has become notoriously vacant since he launched his ill-fated campaign earlier this year.

Just how vacant? Public records cited by the Post reveal that De Blasio spent just seven hours at City Hall during the entire month of May following his campaign launch.

That’s a full 90 minutes less than the average full-time American worker will spend at the office today.

According to Politico, De Blasio reported $254,392 in income from his job as mayor for the 2018 tax year. Assuming that salary remains stagnant for 2019, he brings home approximately $22,000 per month in gross income.

That means that De Blasio pocketed more than $3,028 for every hour that he spent at City Hall during May – or $1,926 for each of the 11 appointments he took during his brief time at the office. 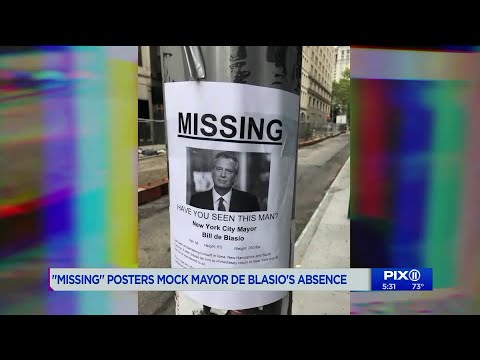 De Blasio’s presidential campaign appears to be going nowhere. He not only missed the cut to qualify for the September Democratic primary debate but also received zero support in one embarrassing poll.

It’s not clear whether the New York City mayor has increased his office hours since his campaign’s inauspicious launch, but if these “missing” posters that popped up in Midtown in August are any guide, it would appear that his time at City Hall remains as lucrative as ever.

This is hysterical!😂
De Blasio ‘missing’ posters mock NYC mayor’s absence while running for president
“Last seen embarrassing himself in Iowa, New Hampshire and South Carolina,”
“If seen please tell him to immediately return to New York and do the job he was elected to do.” pic.twitter.com/tUInkFh32e

“Last seen embarrassing himself in Iowa, New Hampshire and South Carolina,” the poster reads. “If seen please tell him to immediately return to New York and do the job he was elected to do.”