Asian markets slumped hearing that U.S. President Donald Trump had quashed hopes that a meeting over tariffs with Chinese leader Xi Jinping would happen before a key deadline.

Trump didn’t flat out say a meeting with Jinping would never occur. However, the fact that a firm date still is not in the picture is not sitting well with investors.

And that’s not all. Trump is considering issuing an executive order banning Chinese telecom equipment from U.S. wireless networks, according to Politico. He could sign this EO before a major industry conference at the end of February.

Markets around the world responded negatively to the reveal, including the Dow, NASDAQ and S&P 500. Dow futures pointed to a lower market open Friday.

The Head Shake to Shook The Markets

Overnight, Asian markets were down. Hong Kong’s Hang Seng was down 0.16%. South Korea’s KOSPI slumped 1.2%. Japan’s Nikkei was down about 2%. China’s Shangai market was still closed for the Lunar New Year.

Friday morning’s markets weakness began Thursday afternoon. In one of his impromptu press Q and As in the Oval Office with reporters, the president fielded questions about the tariff meeting with Jinping. When asked if such a meeting would happen before March 1, which is the goal date, Trump shook his head no.

In December, the world leaders agreed to table the implementation of their respective tariffs on each other’s goods for 90 days.

The tariffs being considered are hefty, and just the thought of them being imposed has significantly affected the markets. After March 1, the U.S. could hike import taxes to 25% from 10%. Roughly $200 billion of Chinese goods could be affected.

This would only aggravate China’s economy, which has slowed in recent months. Companies, such as Apple, have warned that China’s economic slowdown is negatively affecting them.

Apple’s suppliers in Asia are cutting sales forecasts in anticipation of reduced iPhone sales as the U.S.-China trade war drags on, CCN.com reported.

Then there is the Huwaei scandal, in which China is being accused of upping the ante in an ongoing dispute with Canada after a high-ranking Huawei executive was arrested in Vancouver. Meng Wanzhou, Huawei’s chief financial officer, faces fraud charges in the United States over allegedly violating U.S. sanctions on Iran through a corporate subsidiary, CCN.com reported. 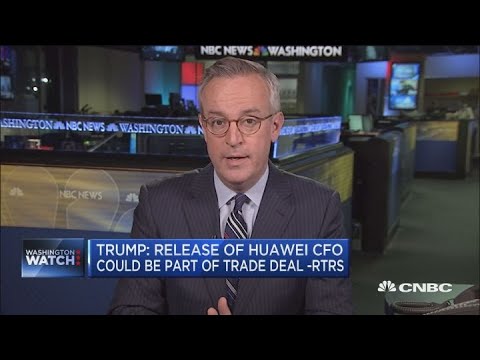 In a market commentary, Jingyi Pan of IG weighed in on the issue. According to the AP, Pan said:

“The worries surround the uncertainties of a resolution to the likelihood of further tariffs in this on-again, off-again confidence with regards to a deal.”

Endless On Again, Off Again Banter

It was just last month that CCN.com reported how an agreement was within reach, driving the markets considerably higher.

U.S. Treasury Secretary Stephen Mnuchin and trade representative Robert Lighthizer are heading to Beijing next week to discuss trade. Hopes have been dashed before, so there are doubts about anything coming from this trek to Asia.

Last month, CCN.com reported that lifting tariffs on Chinese imports was on the table. The idea was to give Beijing a bigger incentive to negotiate a fairer trade deal. This olive branch to Asia followed the leaders’ face-to-face December meeting at the G20 summit in Buenos Aires, Argentina. 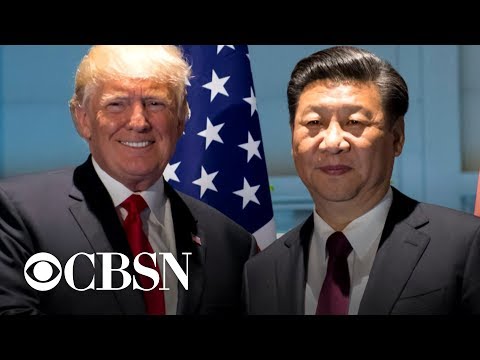 Trade Stat Numbers on Trump’s Side

Data released by the U.S. government on Wednesday revealed the U.S. trade deficit has narrowed with imports falling faster than exports.

Figures released by the Department of Commerce show that the difference between exports and imports dropped by 11.5% to $49.3 billion from $55.7 billion in October.

There are expectations that U.S. imports of Chinese goods will continue to drop over the course of 2019, according to South China Morning Post. It reported Friday that the Institute of International Finance said the following in analyzing the tariffs’ impact.

“We find strong evidence that the 25 percent tariff on US$50 billion of imports from China [imposed in July and August last year] is having a significant negative impact on prices and volumes,.”

In January, China announced that in 2018, it achieved a record-breaking trade surplus with the U.S. China claimed that it had achieved a trade surplus of $323.3 billion, which is the largest trade surplus in more than a decade. This marks a 17.2% increase from 2017 figures, which stood at $287.5 billion.