As an Arkansas resident, I was gleeful this morning when I hung up from a spoofed robocall to learn that Governor Asa Hutchinson has signed a bill, with the urging and participation of Attorney General Leslie Rutledge, which makes it a felony to robocall people in Arkansas or to spoof your number to mask your true location.

Presumably, it will take some time and prosecutions to have an effect. However, I fear it will fail to have any impact at all.

Is The Battle Against Robocalls Already Lost?

Since 2015, the federal government handed out over $200 million in fines to robocalling companies. The government has only collected a few thousand dollars of that figure, which makes me skeptical about Arkansas’ chances of cracking down on the spammers.

The “spoofing” aspect of robocalling, meanwhile, is a more recent innovation. Arkansas has long had laws on the books which make it illegal to conduct robocalls for political campaigns, even if you have previous contact or business with the person you’re robocalling.

I am very proud to support and guide this Arkansas law making it illegal for robocallers to “spoof” or change the numbers displayed on caller IDs. This Act paves the way for telecoms to legally stop robocalls. #BigWinWednesday

“Spoofing” is where the robocaller changes the number they’re calling from to make you think it’s someone from your area calling you. A recent episode of Reply All, a popular Internet culture podcast, talks about how robocallers have actually targeted people based on their location, rather than their phone number, by collecting location data from third parties.

Both spoofing and robocalling are now a felony in Arkansas. The law explicitly prohibits the robotic purveyors of health insurance, credit repair services, and auto warranties from making these calls with a penalty of up to six years in prison. Formerly, the crime of “unlawful automated telephone solicitation” was a class B misdemeanor, which could potentially mean up to six months in jail and very small fines. But Senate Bill 350 makes robocalling a much more serious offense.

While Popular, SB350 Robocall Ban May Be Pointless

The Arkansas General Assembly unanimously approved the legislation. The effort seems popular in various local channels, like the Arkansas Democrat-Gazette. However, enforcement appears to be the problem here. The FCC is in charge of the telephone lines, in the end.

Telecommunications companies are now required to report to the Public Services Commission in Arkansas about what they’re doing to reduce spam calls, but will that give them the incentive to prevent the calls? As you can learn in the above episode, it’s a curious decision on the part of the people who designed the telephone system that makes it possible to spoof a number in the first place. 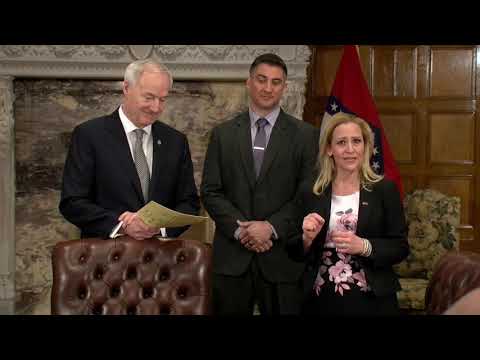 Attorney General Leslie Rutledge speaks with all the confidence of someone who has no idea how they’re going to make an idea into a reality.

“What this bill does, essentially, is if someone uses bad intent to deceive someone by tricking the caller ID to make the robocall, it raises it to a felony level. But it also puts the impetus on our service providers…to make sure that they’re reporting to the public service commission. And we have worked very closely with T-Mobile, AT&T, Verizon, and others…to make sure to start to stop these robocalls.”

As I said, I’ve received at least four spam robocalls already this morning.

I’m unwilling to pay a subscription fee for an app or service to prevent the calls. Incidentally, as a journalist, all of my calls are automatically recorded with an app I was willing to pay for. So I have a treasure trove of “evidence” if investigators ever catch any of the perpetrators.

It’s good to know that the Arkansas government considers robocalling on par with cruelty to animals or filing a serial number off of a handgun, but consider me a skeptic when it comes to the actual usefulness of the legislation. Perhaps if every state made it a felony, the federal government would be forced to take more serious action in regards to robocalling.

From here, it seems more likely that things will continue the way they are: Americans will spend billions of minutes per year hanging up the phone.