Two days after Spotify’s founder Daniel Ek announced a complaint the company filed against Apple with the European Commission over Apple’s discriminatory and anti-competitive practices, Apple is now pushing back.

My thoughts on Platform neutrality and how we ensure a level playing field. https://t.co/64xob6mdAN

In a lengthy press release published on its website, Apple says it feels obligated to respond to the claims to set the record straight on the numerous accusations leveled be Spotify.

For Apple, Spotify wants to keep living free on its marketplace without making any contribution to its growth.

“After using the App Store for years to dramatically grow their business, Spotify seeks to keep all the benefits of the App Store ecosystem — including the substantial revenue that they draw from the App Store’s customers — without making any contributions to that marketplace.” 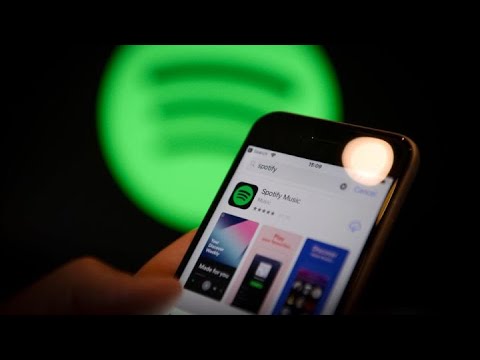 Perhaps the most bizarre of the claims made by Ek was on the discriminatory practices from Apple to charge the Swedish streaming service and other digital services a 30 percent tax on purchases made through its payment system. Apple dismantles this claim by pointing out that Spotify wants to enjoy the ” benefits of a free app without being free.” The tech giant said its pricing structure is evident and transparent.

Per the release, it states the category of mobile apps that are not subject to a revenue share from Apple. It names free apps, apps that earn revenue from ads, apps for the purchase of digital goods outside the app and apps selling physical products. Digital services, on the other hand, are subject to a 30 percent revenue share. If you want to use the app store to make money, you have to pay a cut.

Apple tore apart Ek’s claims further by stating that he misrepresented the facts in his post by failing to disclose the 50 percent drop in commission after the first year.

The only contribution that Apple requires is for digital goods and services that are purchased inside the app using our secure in-app purchase system. As Spotify points out, that revenue share is 30 percent for the first year of an annual subscription — but they left out that it drops to 15 percent in the years after.

Per the release, the ratio of Spotify’s paying members compared to those who use the “free, ad-supported” version are quite low. The Sweedish company also acquires a bulk of its users through partnerships with mobile carriers that run on Apple devices—which Apple doesn’t get compensation for. Currently, only a small portion of Spotify’s ” subscriptions fall under Apple’s revenue-sharing model” and according to Apple, Spotify wants that “number to be zero.”

Apple rebuffed Spotify’s claims that it delays and blocks “our experience-enhancing upgrades” to its apps which the streaming service claims affect its ability to distribute music to its users. While Apple didn’t mention how quick or the process that goes into the approval of updates from competing apps, it did specify the number of updates it has approved for Spotify and the number of downloaded mobile apps it generated.

“Let’s clear this one up right away. We’ve approved and distributed nearly 200 app updates on Spotify’s behalf, resulting in over 300 million downloaded copies of the Spotify app. The only time we have requested adjustments is when Spotify has tried to sidestep the same rules that every other app follows.”

Ek had mentioned Apple’s anticompetitive decision to lock it out of services such as Siri, HomePod and the Apple Watch.

For Apple Watch and Siri, Apple laughed off the claims, saying it reached out for Spotify’s integration into Siri, but the Streaming service said it was still working on the app. For the Apple Watch, Apple said it was baffling as Spotify’s app was “reviewed and approved it with the same process and speed with which we would any other app” and the app is “currently the No. 1 app in the Watch Music category.” The HomePod, a smart audio speaker, integrated with Siri, is the only audio device where Spotify is unavailable, and Apple didn’t clear the air on that.

Without mentioning Apple Music, Apple praised “Spotify’s love of music and their vision of sharing it with the world,” before whacking the company for how it goes about achieving its goal. The tech giant referenced Spotify’s recent suit against music creators after a U.S. Copyright Royalty Board required the Streaming service to increase royalty payments to its “artists, musicians and songwriters.”