AMD did not actually report very good numbers a few days ago, but they have a new chip and it already has some big players clamoring for it. That’s what set AMD stock on fire.

Let’s look at the earnings report first, so we can put this big announcement into context… because it explains some of the numbers. 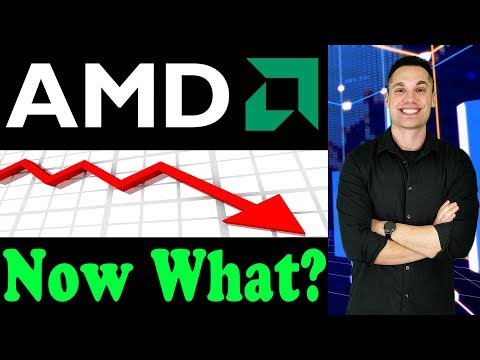 When AMD reported earnings, revenue was down 13 percent to $1.53 billion year-over-year, but was up 20 percent quarter-over-quarter. So the latter increase was one other reason for optimism, given that the year-over-year decline is ugly.

The same pattern appeared in operating income, which fell by over 40 percent to $111 million compared to $186 million a year ago but was up from $84 million in the prior quarter.

Thus, it’s no surprise that the same pattern also appeared in net income, which was $92 million compared to $156 million a year ago, but up from $62 million in the prior quarter.

So why would revenue be so lousy compared to last year, but take a big jump since the last quarter?

But An Amazing New Microchip Sure Does!

That’s because AMD introduced its new EPYC2 microchip, also dubbed “Rome”. Rome will directly compete with Intel’s Xeon processor, and improve performance by almost double… at half the cost. It may not fit under the skin just yet, but it has amazing potential.

Wells Fargo’s Aaron Rakers said that the popularity of this new Rome chip may thrust AMD market share in the server CPU market to over 20 percent.

That was the good news, but there is even better news.

AMD also announced that Twitter and Google will be adopting the use of the Rome processor. Hewlett-Packard Enterprise and Lenovo also said they would be using the new chips immediately.

This is why Rosenblatt Securities analyst Hans Mosesmann was so effusive in his praise for the chip, saying that it’s a complete game-changer for Silicon Valley and speaks to AMD’s desire to take massive market share in the data center sector.

AMD Says Things Will Only Get Better

AMD is already telling the market to expect big things.

The company guided to impressive numbers for the third quarter of 2019, with revenue around $1.8 billion, which represents an increase of almost 18 percent quarter-to-quarter and about 9 percent year-over-year. Thus, the low-double-digit declines of this quarter should be history.

In the meantime, the company is well-positioned, and has a solid balance sheet. It is just over $1.1 billion in cash and securities, of which debt offsets about $1 billion. So there’s no long-term debt issues to even remotely be concerned about.

Despite having a very recognizable brand name, AMD has always struggled to produce free cash flow. Even as far back as 2015, the company burned $320 million in cash, was flat in 2016, burned $100 million in cash in 2017, and burn the hundred $30 million in cash last year.

With the Rome chip now in play, it looks entirely possible that AMD has reversed that trend.

AMD stock trades at about 20 times trailing net income. Given the game-changer that the Rome chip may represent, it may be worth jumping into the stock at this time.