In his ruling, Judge Paul Oetken of the Southern District of New York (i.e., Manhattan) denied Alibaba’s motion on jurisdictional grounds, saying it failed to show that the use of the Alibabacoin name would hurt its business prospects in New York or would infringe its trademarks in New York.

Surprisingly, the judge said it didn’t matter that Alibabacoin might eventually be listed on a New York exchange.

Judge: No Infringement In New York

Judge Oetken said any damage to Alibaba’s business or reputation from the allegedly infringing use of the Alibaba name occurs in China, not in New York. A U.S. federal judge has no jurisdiction on legal issues that occur in a foreign country.

Alibabacoin contends that China’s ban on initial coin offerings eliminates any possibility that consumers in China will be confused into thinking the Alibabacoin is associated with Alibaba Group.

In a statement on May 1, 2018, Alibabacoin said the judge made the right decision, tweeting: “We firmly believe that Alibabacoin Foundation never acted illegally. Fair and square speaking, we strongly believe and trust the judge’s decision above all else.”

Alibaba Group had sued Alibabacoin Foundation in April 2018, claiming the foundation was unlawfully piggybacking off its name to promote its cryptocurrency.

“The legend of Alibaba conjures up thoughts of magic, gold coins, and ‘Open Sesame,’” the Alibabacoin Foundation argued. “The ABBC entities are well within their rights to use a word connoting magic and golden coins in an area (Alibaba) has not used or, at the very least, has abandoned.”

Interestingly, Alibaba Group’s CEO Jack Ma is a bitcoin skeptic who has expressed concerns over its opaqueness and potential for use in money-laundering, as CCN.com has reported.

“Bitcoin is not for me,” Ma said. “We are not focused on bitcoin. We are focused on a cashless society for China…trying to make sure the society is more efficient, more transparent, with no corruption.” 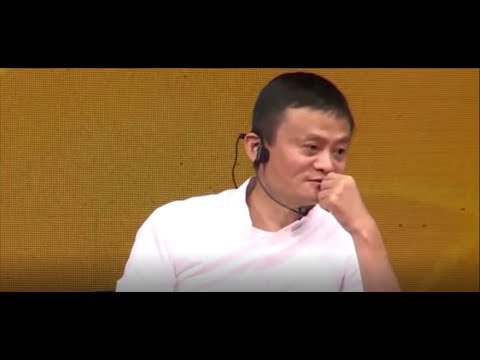 Despite his bearishness about bitcoin, Jack Ma is bullish on blockchain. Lynx International, a subsidiary of Alibaba, has successfully integrated blockchain into its cross-border logistics operations.

And it’s likely that Alibaba Group will continue to incorporate blockchain technology into its vast business empire, whose 2017 revenue topped $22 billion.

When the Stock Market Tanks, These 3 Stocks Should Be on Your Radar
August 2, 2020 No Comments

Is Jack Ma’s Alibaba Stock a Diamond in the Rough?
August 5, 2019 No Comments

Alibaba May Pursue $20B Hong Kong Listing amid Trade Tension: Report
May 27, 2019 No Comments