A.J. Green looking miserable on the sidelines as the Cincinnati Bengals lost to the abysmal Pittsburgh Steelers on Monday night went viral on Twitter, sparking trade rumors galore. One of the most popular options is for Green to replace Antonio Brown on the New England Patriots, but is this realistic?

AJ Green does not want to be a Bengal lmao

Dealing with a long road to recovery after ankle surgery, the thinking behind A.J. Green potentially departing Cincinnati is straightforward. The Bengals are 0-4 and are probably about to go into full tank mode, a la the Miami Dolphins.

When a team rebuilds, they will typically trade away valuable veterans to accumulate draft picks and free up cash for the future. This could lead to a scramble of interest to grab Green before the trade deadline. The high-profile departure of Antonio Brown from the New England Patriots has left a star receiver vacancy on Bill Belichick’s roster.

AJ Green when Belichick trades for him at the deadline pic.twitter.com/WueLF8XlM7

Green, a seven-time Pro Bowler, is 31 – and no spring chicken after several injuries. It makes no sense for him to risk a hasty comeback to a team that is no longer in contention. Add in the fact that it is a contract year, and Green’s people should be begging him to stay on the sidelines.

Assuming Green is seeking a new home, the question is, does it make sense for the reigning Super Bowl champions to trade for him to replace Antonio Brown?

Why the Patriots Won’t Gamble on A.J. Green

While A.J. Green would undoubtedly be an asset to any NFL team, the Patriots might be hesitant to take a shot at the Bengals star.

Why take a gamble on the Antonio Brown circus and not A.J. Green?

It’s simple. Brown is in absolute peak fitness, as he showed in his one game with New England. It doesn’t matter if you are the Patriots or the Miami Dolphins, you want Antonio Brown. He’s a guaranteed game-changer.

A.J. Green’s injury record alone makes him a gamble. After struggling to remain on the field, the wide receiver’s numbers have slipped over the last few years. Consequently, there is no guarantee that a recovering Green could immediately make an impact in the Dorsett-Edelman-Gordon-White receiving corps that earn the bulk of Tom Brady’s targets through the air.

At the same time, Cincinnati would likely demand elite compensation for the best Bengals player of this millennium.

Packers & Chiefs Could Both Use the Bengals Star 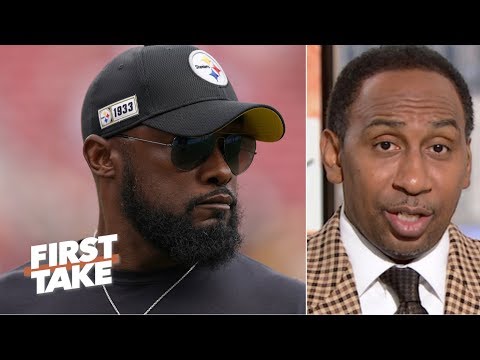 Although Twitter’s unbridled appetite for a new home for the Bengals star is healthy, Green himself might not be that keen. Having played in Ohio for his entire career, it would still be a question if he even wants to play somewhere else.

If Cincinnati makes the decision for him, the Kansas City Chiefs – which recently lost Tyreek Hill to injury – or a sturdy Green Bay Packers team looking for more offensive weapons alongside Davante Adams might be the most attractive landing spots.

A.J. Green to the New England Patriots makes for an engaging ESPN segment, but the fact of the matter is that Tom Brady doesn’t urgently need any more firepower.

Certainly not for the price the Bengals will demand.

Tom Brady Finally Gets a Little Revenge on the Indianapolis Colts

Antonio Brown And His Comeback Just Took A Massive Hit

Cam Newton Sheds ‘Diva’ Reputation – But Is It Going to Last?