A Week Later, I’m Worried We Missed the Point of #BlackoutTuesday

#BlackoutTuesday was never meant to be a Black Lives Matter slactivist stunt. A week later, it’s clear we missed the entire point.
PHNjcmlwdCBhc3luYyBzcmM9Imh0dHBzOi8vcGFnZWFkMi5nb29nbGVzeW5kaWNhdGlvbi5jb20vcGFnZWFkL2pzL2Fkc2J5Z29vZ2xlLmpzIj48L3NjcmlwdD4KPCEtLSBUb3AgQXJ0aWNsZSBDQ04gLS0+CjxpbnMgY2xhc3M9ImFkc2J5Z29vZ2xlIgogICAgIHN0eWxlPSJkaXNwbGF5OmJsb2NrIgogICAgIGRhdGEtYWQtY2xpZW50PSJjYS1wdWItNjQ3MjA2OTY5MzY1NzE0MyIKICAgICBkYXRhLWFkLXNsb3Q9IjU4NDY0ODIyMjMiCiAgICAgZGF0YS1hZC1mb3JtYXQ9ImF1dG8iCiAgICAgZGF0YS1mdWxsLXdpZHRoLXJlc3BvbnNpdmU9InRydWUiPjwvaW5zPgo8c2NyaXB0PgogICAgIChhZHNieWdvb2dsZSA9IHdpbmRvdy5hZHNieWdvb2dsZSB8fCBbXSkucHVzaCh7fSk7Cjwvc2NyaXB0Pg==

#BlackoutTuesday was a complete distortion of the original message.

For starters, it wasn’t supposed to be a blackout. It intended to launch an ongoing music industry initiative.

Jamila Thomas and Brianna Agyemang are the two Black women who organized #TheShowMustBePaused. They slated June 2 as an industry-wide day of actionable planning – not as “a day off” or “a day offline.”

Record labels, talent agencies, streaming services, and everything in between were asked to build their battle plan for fighting the universal monster of racial inequality.

Agyemang’s initial announcement came on May 29:

This is a call to a call to action for those of us who work in music/entertainment/show business…to come together and figure out how we can hold our partners, colleagues and companies alike, accountable to come up with and execute a plan that actively supports and protects the VERY CULTURE that it profits from.

Was there any margin for education? Yes. Introspection? Definitely.

Who got #BlackoutTuesday twisted, and how did they do it? 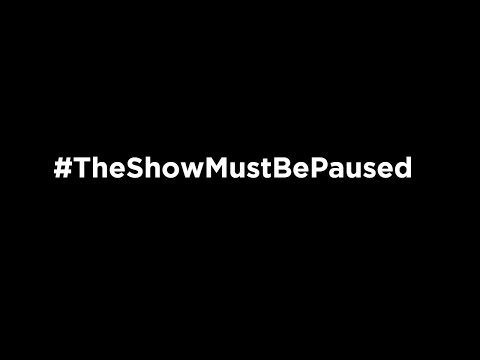 I blame The Guardian, which published this tragic headline:

How did we land on this conclusion when the literal first sentence from #TheShowMustBePaused invited others to “join us as we take an urgent step of action?”

Likely because the initial statement was titled “MUSIC INDUSTRY BLACKOUT TUESDAY.” But it was also five sentences long, including the title and close, which clearly says #TheShowMustBePaused.

As misinformation does so well, it kept morphing into new things. At first, it was generalized #BlackoutTuesday. Then, a flood of black squares filled the #BlackLivesMatter stream, barring vital information from being disseminated.

I can’t decide which is worse: the misconception that #BlackLivesMatter is a simple slogan or the automatic assumption that they were involved.

They are an organization (not a feel-good phrase), they were not involved, and neither were the black squares.

This last part was news to me. In hindsight, everything was already so convoluted that most of us didn’t even know the lines were blurry in the first place.

That’s when we were doomed

Celebrities, corporations, and more began to go dark on social media Monday night, with some explaining their reasoning and others just posting a blank black square like they’re promoting Fyre Festival.

Out of all publications, the one who could almost be self-reliant at this point relied on secondhand research.

Here’s the fake news from Billboard:

The music industry is taking a pause today (June 2) to observe an effort called #TheShowMustBePaused (or “Black Out Tuesday”). To participate, countless artists and music industry professionals have taken to social media to post black squares in solidarity with the ongoing protests for justice and an end to systemic racism, but Lil Nas X expressed concern over the initiative, noting that this is not the time to be muted, but to ‘push as hard as ever.’

But it was too late.

#TheShowMustBePaused was not a one-day ‘event’

I can’t count the number of black squares I saw that day. But how many of us do you think really got it?

How many of us have moved beyond viral graphics that include the words “systemic racism” and are reading up on systemic racism itself?

A few weeks ago, Demi Lovato appeared on a live stream with activist Alok Vaid-Menon. His book “Beyond the Gender Binary” just happened to release on the Tuesday at-hand. 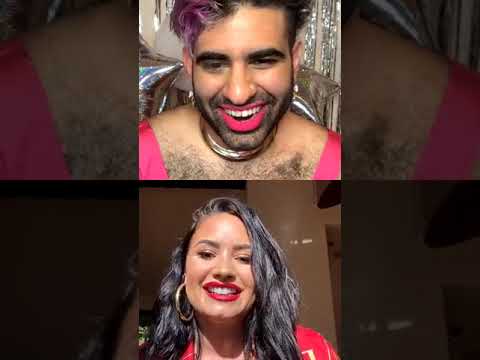 They tackled some big topics. For one, Lovato admitted why she’d been scared to speak up for the Black community, and her fear was multifaceted.

Her silence came from fear, but her fear was silent too. Demi’s candid admission was that she had convinced herself she was ineligible to advocate for a community she was not a part of personally.

Yet she chose to prioritize Ahmaud Arbery’s unjust death above her unreasonable fear. She felt undereducated but spoke up while she was still learning.

Demi’s ideology was unintentional. Her discovery of it was not. That was my wake-up call, and this is what I’m centralizing on: rightful reformation can coexist with ongoing education.

The real lesson of #BlackoutTuesday

Grammy nominee Willie “Bum Bum” Baker has acted as writer and producer for acts like Destiny’s Child, Boyz II Men, P!NK, and Keri Hilson. His 1998 song “Lately” (Divine) held the #1 spot on the Billboard Hot 100 charts for over nine weeks.

Here’s what he told me about how the music industry needs to change:

The music business should start with more diversity. This begins within its leadership and executive roles. Then, a percentage of their royalties should go back into inner-city programs to uplift the African American youth and communities.

Willie’s on the ground level too.

His organization Equal Ground Movement is working with like-minded groups in the Atlanta area. Together, they’ve received support from a state representative, and they’re currently developing an 8-point plan to raise the standards for new police hires in Georgia.

Regardless of your industry, Willie’s framework for #TheShowMustBePaused is entirely transferable. And it’s scalable.

With that in mind, here’s what he’s passing along:

What does this mean? Willie’s example is Taylor Swift, whose reputation includes hosting fans at her house.

The intimate environment can be preserved, but the previous centerpiece must be replaced.

Conversations about art have to include discussions about things that aren’t pretty, like injustice and racial reconciliation.

Swift publically backed a candidate during the 2018 midterm election. The “Swift Lift” was her first foray into politics, and Tennessee’s youth vote spiked by 700%.

Her 13-year journey to activism is strikingly similar to Demi Lovato’s.

Taylor Swift’s label Republic Records announced over the weekend that they would no longer use the word “urban” in any of their descriptions. They encouraged competitors to revisit their verbiage as well.

Maybe they need to be reminded that record labels make money off music, and this music is only given to them by their artists.

Labels are at the mercy of artists like Demi Lovato and Taylor Swift, whose collective of contemporaries share a very clear point: Anything less than authentic activism is unacceptable.

Alyssa McCraw
Alyssa is a freelance writer with a focus on celebrity culture. She holds a Bachelor's degree in Entertainment Business and has worked in the music industry for over a decade. Mentored by some of pop's main authorities, Alyssa remains focused on empowering female artists of any status. She will begin working on her Master's degree at The New School for Social Research this fall. Alyssa is also an independent contributor to The Blast and Culturess. Reach out to her via email: alyssamccraw[at]me.com. Visit her website here. Visit her LinkedIn profile here. Visit her portfolio here.
Subscribe
0 Comments
Inline Feedbacks
View all comments

Demi Lovato Proves Why Celebrity Relationships Are a Joke
September 28, 2020 No Comments