Eminem has had enough of anti-masker’ shenanigans.

If you support corrupt cops, don’t wear a mask, and consider Drew Brees a hero, the real Slim Shady has had enough of you and everyone like you.

And he made that clear in his first-ever overly political song that he recently released, with Kid Cudi, called “The Adventures of Moon Man & Slim Shady.”

And though Em has long avoided politics, this level of the call-out is long overdue.

Posing as a crime-fighting superhero in the accompanying video, Eminem starts out by calling out people who won’t wear a mask while we’re facing an unprecedented pandemic. 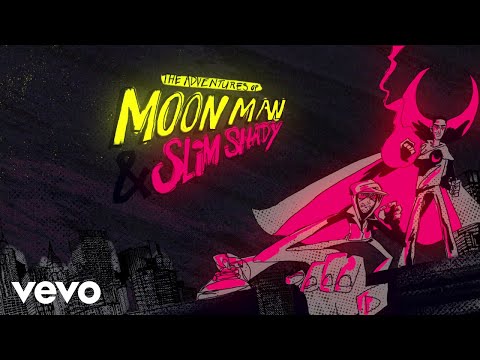 But he doesn’t stop there. Eminem then goes on to talk about the “dirty cops” that killed George Floyd and Ahmaud Arbery, and even went on to slam Drew Brees with an unmistakable “f— Drew Brees.”

It’s pretty clear where Marshall Mathers sits on the political spectrum, isn’t it?

Eminem has spent his entire career getting under people’s skin. He’s nothing if not controversial, and every time he drops a song, think-pieces galore come out about him and his contributions to hip hop culture.

But whether you think he’s a sinner or a saint, a Savior or the Anti-Christ, he knows how to get people talking.

Now, though, Eminem has grown up. As we’ve mentioned before, he’s pushing 50 years old and is a multi-millionaire several times over. He not only doesn’t want to keep acting like a snotty 25-year-old kid from 8 Mile, but he can clearly no longer afford to do so.

So his provocateur ways, today, are as whip-smart as they’ll ever be. And it was a wise move on his part.