Samurai Jack: Battle Through Time got a surprise reveal on Tuesday and it’s definitely not something fans were expecting. The animated series finished its run in 2017, which makes this a strange announcement.

I’m all for a Samurai Jack game. On top of that, the gameplay that was shown off in the reveal trailer looks good, but there are a few concerns that need addressing. 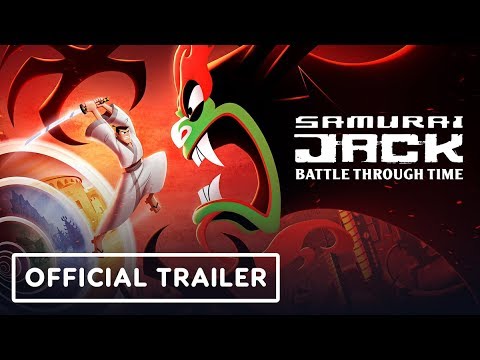 First off, that trailer looks a little rough. Normally that wouldn’t be a problem, but the game is set to come out in Summer 2020. That doesn’t leave much time to polish the final product.

Another concern is the lack of gameplay in the game’s trailer. There are a few snippets in the middle, but much of the video shows animated sequences like what appears in the show.

Of course, these two factors alone aren’t enough to cause worry. At least, not if a strong development team is behind the game.

Soleil…who the heck is that?

The Samurai Jack Game Doesn’t Have a Great Developer

Soleil is a small-time developer. The only game fully made by it is Naruto to Boruto: Shinobi Striker, which doesn’t have the best review scores.

Outside of that, the developer has worked on Travis Strikes Again: No More Heroes and Devil’s Third. The review scores for either of those games don’t inspire confidence in Samurai Jack: Battle Through Time.

At Least the Publisher Has a Proven History

On the flip side of that is Adult Swim Games, which is acting as the publisher for this new Samurai Jack game.

For those that don’t know, Adult Swim Games actually has a solid track record. It has plenty of great indie games under its belt.

Among these is Westerado: Double Barreled, Volgar the Viking, and, of course, the 2010 viral sensation Robot Unicorn Attack.

Samurai Jack: Battle Through Time definitely seems to be a step above these in terms of ambition and Adult Swim Games may realize this. If so, perhaps Soleil will finally have a hit on its hands.

What may be even worse for the developer is if the game is just “okay.” Fans of the series are already building up the game on Twitter.

There’s no denying that fans can be incredibly hard to please at times. That holds especially true for niche media, like Samurai Jack, that hasn’t seen a game in over 15 years.

Here’s hoping we get to see some stellar gameplay of Samurai Jack: Battle Through Time during PAX East.