Citigroup analysts believe it is inevitable for the gold price to reach a new all-time high soon.

The analysts led by Ed Morse laid out three key factors that could catapult gold to a record high. They are relaxed financial conditions, rising inflows into exchange-traded funds (ETFs), and increasing exposure to the precious metal by investors.

The Federal Reserve and the European Central Bank (ECB) are both seemingly focused on stimulating the American and European economies.

In doing so, the two central banks have established relaxed financial conditions, supplemented with low-interest rates. 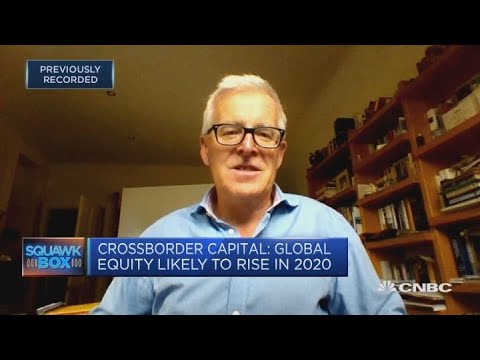 Historically, gold has acted as a natural safe-haven asset against inflation. Investors typically consider the precious metal as a strong alternative investment when yields fall.

A confluence of low-interest rate, fear of inflation, and low yields could catalyze gold’s near-term performance.

Morgan Stanley executives wrote in a column that gold tends to increase when bond yields drop. They said:

According to The Wall Street Journal, gold ETFs hit record inflows amid an ongoing bullion rally.

From January to June 2020, around $40 billion were invested in gold ETFs, surpassing inflows in previous years.

The demand for gold has continuously increased since the pandemic began. The majority of the interest around the precious metal seemingly derives from its characteristic as a store of value.

But it is also a material that is widely used in the semiconductor industry in manufacturing chips. When supply chains are cut for a prolonged period, it could cause the demand for gold to increase further.

Strategists at top banks state that the demand for gold has started to increase since 2018.

The uncertainty around the pandemic is still sustaining a sense of fear among investors.

The U.S. Centers For Disease Control and Prevention (CDC) reported 67,574 cases on July 18, which remains above the 7-day average.

Surging cases in the U.S., Europe, and South America are causing investors to seek safety, despite hints of additional stimulus.

To calm market sentiment and the economy, strategists say that the Federal Reserve will remain aggressive in stimulating the markets.

The Fed will do everything in its power to keep the curve as close to zero as possible… especially when we know we will need more of it. You will have real rates stay low and in negative territory for quite some time and gold is the best hedge against real negative interest rates.

Disclaimer: This article reflects the author’s opinion and should not be considered investment or trading advice from CCN.com. The author holds no investment position in the above-mentioned securities.