According to a new study from the UN’s International Labor Organization (ILO), 2.7 billion people are currently unable to work due to the global pandemic occurring.

A total 3.3 billion people are in the workforce, so it’s staggering that 2.7 billion are currently out of employment.

That is more than four out of five people – globally – impacted by employer closures in response to the coronavirus outbreak.

The study also details that the virus crisis is expected to erase nearly 7% of working hours around the world. That’s equal to 195 million full-time workers.

Massive reductions are already being experienced in Arab countries, which have lost 8% – equaling to five million full-time workers. Losses across Europe, Asia, and the Pacific equal to 137 million full-time employees.

Worse before it gets better?

The study also foretells that by the end of the year, unemployment could be “significantly higher” than the original projection of 25 million unemployed in the U.S. estimated by the ILO.

They specify that the figure of unemployed workers depends on how the pandemic transpires and what measures are taken to lessen its impact.

According to Guy Ryder, the Director-General of the ILO:

Workers and businesses are facing catastrophe, in both developed and developing economies… We have to move fast, decisively, and together. The right, urgent, measures, could make the difference between survival and collapse.

The ILO also calls the coronavirus pandemic “the worst global crisis since World War II”. Roughly 1.25 billion workers are employed in sectors considered as high risk of “drastic and devastating” rises of layoffs and reduction of both wages and working hours. 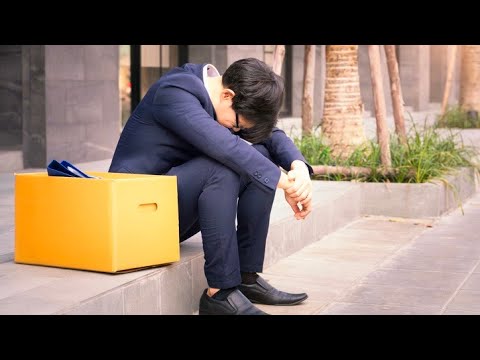 The choices we make today will directly affect the way this crisis unfolds and so the lives of billions of people. With the right measures we can limit its impact and the scars it leaves. We must aim to build back better so that our new systems are safer, fairer and more sustainable than those that allowed this crisis to happen.

With President Trump signaling yet another stimulus package to the tune of over $1 trillion, could more be done than funneling absurd amounts of money into the markets? What are the long-term effects of propping a sinking economy?

Just the tip of the iceberg?

One analyst claims economies are “unprepared” for how long it will take for markets to normalize once the coronavirus runs its course.

Another economist says that the coming effects of the coronavirus crisis could be the most severe and prolonged since the great depression.

He also details that even after the crisis, it will take a while for consumer confidence to return – with people being more financially reserved.

When controlling for coronavirus, the economy seems bullish – for now – but that could all change as the crisis continues to evolve and force more consumers to the sidelines indefinitely.