Listen up, longtime Harry Potter fans! It’s time to dust off your bookshelf or make a trip up to the attic because your copy of Harry Potter and the Philosopher’s Stone might be worth a small fortune.

According to the BBC, Hansons Auctioneers in London just sold a rare first edition of Harry Potter and the Philosopher’s Stone for £46,000 ($56,976).

Harry Potter is a worldwide phenomenon today, but that wasn’t always the case. In fact, the first printing of the original title’s first edition only ran 500 copies. Of the 500 first printing copies, 300 ended up in libraries.

It was mainly telephone bidders who sent the rare book’s value through the roof, with the winning price ballooning deep into five-figure territory.

How to spot a Harry Potter first printing 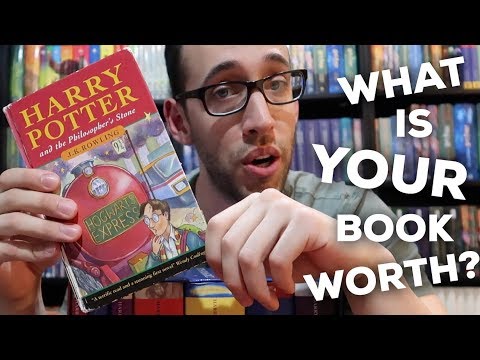 The hardback version of the first print is rarer, but the softcover can also be worth quite a bit of money. There were a few thousand copies of the softcover version available for sale at the time.

There are four main identifying points of these first edition copies:

If your book ticks all of these boxes, then you could be in luck!

Other Valuable Books in the Harry Potter Series

The first editions of most of the next few books in the series can also sell for a bit of money. Some of the later versions can also be worth something if the book has the author’s signature. Here is how you identify the valuable copies.

This edition needs to be published by Bloomsbury in 1999 and not mention future editions, later dates, or different publishers.

The highest-value copies will list “Joanne Rowling” instead of “J.K. Rowling” as the book’s author. There will also be a formatting error on page 7 at the bottom of the page.

As the initial print run for each of these books was massive, the first editions don’t hold as much value. However, signed copies remain rare and can command four-figure price-tags.