When people talk about luxury electric vehicles, Tesla is inevitably the first brand that comes to mind. Refusing to be outdone by this relatively new kid on the block, storied American auto company GM plans to steal Tesla’s thunder by outfitting its legendary Cadillac with EV technology.

GM CEO Mary Barra discussed the automaker’s electric vehicle efforts Wednesday during the company’s full-year 2018 earnings call. She also discussed other endeavors involved in increasing its presence in the EV market, including a partnership it inked with a food delivery service. 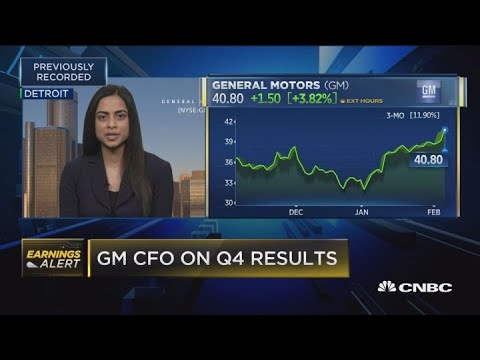 This comes as Tesla’s woes over producing its vehicles are constantly making headlines. For GM, this could be an excellent opportunity to swoop in, especially with the Caddy. GM has made it clear that it will use the Cadillac brand to compete with Tesla, CCN.com recently reported.

Bringing Cadillac Into The 21St Century

Cadillacs have long been symbols of status, wealth, and class. There used to be a time when driving one would guarantee that you would turn heads.

Unfortunately, GM’s competition heated up, as just as attractive — and cheaper — vehicles rolled off assembly lines.

Then, Tesla upped the ante with its sleek cars that ran on batteries. Others automakers have jumped into the EV market, but Tesla continues to shine as the leader — for now, anyway.

Barra’s working to change that. During the conference call, she said:

“Last month, we announced that [the Cadillac] will be GM’s lead electric brand where we introduce our next generation EV technology. Through technology innovation and beautiful design, we’re fully committed to restoring Cadillac to the luxury leader it should be.”

Last year, Cadillac posted another record year of global sales, according to Barra. That growth is expected to continue as GM plans to introduce new models in rapid-fire fashion through 2021. Barra said plans call for the models to come out roughly every six months.

GM Aims to Succeed Where Tesla Has Faltered: Selling Cars

To put it bluntly, the main issue Tesla has had with its vehicles is selling them.

More specifically, the steep price tags make them unaffordable to the many consumers who’d love to own one.

In response, Tesla says it’s revamping its business strategies. For example, last month it announced it was making good on its promise to phase out the 75kWh Model S and Model X versions. It’s started to sell these models only with the long-range 100kWh battery packs, CCN.com reported.

The company is also making moves to increase international sales. Beginning this month, Tesla will be able to sell the long-range version of its cheaper Model 3 in Europe.

GM officials also are recognizing how to tap the market of consumers who can’t afford high-priced EVs. Its Cruise EV is an alternative. Another strategy GM is employing is working with partners. Tesla is not making such moves — at not least in public.

“We have demonstrated our willingness to work with partners with common value and where a partnership can improve efficiency, capital spend and speed of development. For example, our AV collaboration with Honda builds on our existing EV battery and fuel cell work.”

Barra also said GM is trying to encourage greater consumer acceptance of battery-powered vehicles. She noted that, in January, GM announced the collaboration with three partners to establish the largest collective EV charging network in the United States.

However, the revamped electrical vehicle efforts are going to take some time to pay off for GM. When asked when the company would turn a profit from these EV rollouts, Barra said:

“I would say early next decade, but I wouldn’t put any more specificity on EV profitability than that.”

With a company as massive as GM making that large a commitment to cutting into Tesla’s market share, Elon Musk had better watch his back.