By CCN.com: It’s no secret that Tesla’s electric vehicles have developed an incendiary reputation. However, this Tesla Model 3 crash could be Elon Musk’s most “explosive” failure yet.

This video taken in Moscow shows a Tesla Model 3 exploding not once, but twice, following a crash involving the car’s controversial Autopilot feature. 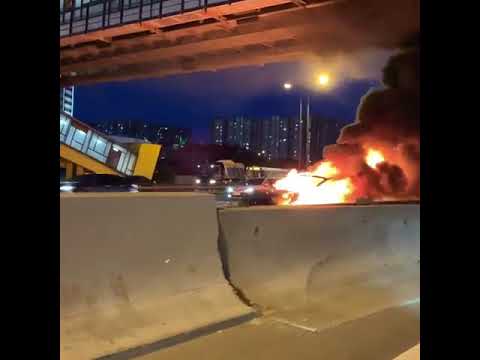 That’s not the kind of explosion one would expect from an electric vehicle – if one should expect an explosion at all. It looks far more like something you’d see on a Hollywood movie set than a city street.

However, as we saw with Samsung a few years ago, even batteries produced by industry leaders can be unreliable to the point of exploding. The result is just naturally much worse when the battery in question is so much more massive.

The Moscow explosion is the most spectacular – but certainly not the first time a battery from Tesla has burst into flames. 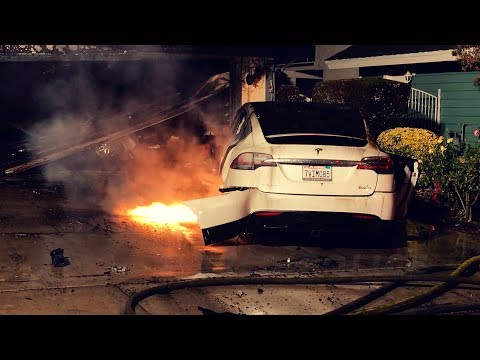 There haven’t been many documented Model 3 fires, but the car’s quality standards have come under fire in recent months, with various buyers complaining about the car’s unreliability. Are batteries just not as reliable as we’ve previously thought, or is Tesla starting to cut too many corners?

We still don’t know the cause of the explosion, but we know what caused the crash. And guess what, it doesn’t do Tesla any favors. The driver states that the car was on Autopilot when the collision occurred, though he also admits that his hands were on the wheel and that he was distracted at the time of the accident.

Elon Musk “addressed” the video by retweeting an article by a Tesla fanboy stating the Model 3 is the best electric car one can buy.

He then moved on to more important matters.

Let’s just hope he doesn’t mistakenly nuke the moon instead.