Telsa faces another barrage of scrutiny over its safety.

Tesla and media outrage go hand in hand these days. It is usually because of something that Elon Musk has tweeted about the SEC, but occasionally it is because a Tesla vehicle is involved in a crash. As reported by Zero Hedge, yet another of Musk’s line of luxury electric cars has had a serious accident. With a history of major fires alongside accusations of “auto-pilot” failure, fatal Tesla crashes get an obscene amount of media coverage. Is it fair that Tesla gets raked over the coals every time something like this happens? Are those batteries as safe as Tesla claims and are the NHTSA tests of lithium battery-powered electric cars sufficient? 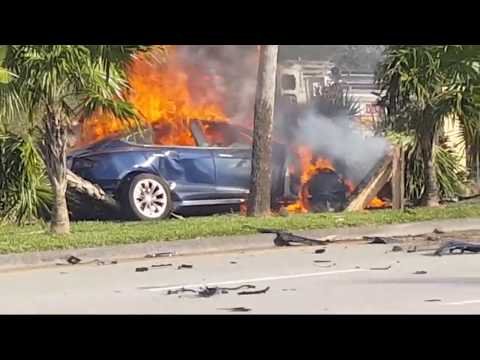 US Roads Are Dangerous, Florida is Especially Dangerous

First of all, it’s important to consider just how many crashes occur on US roads every year. It is an absolute certainty that there is a huge bias for the media to report when a Tesla crash happens and particularly when a fatality occurs. In the United States there were 37,133 road deaths in 2017, so why is it so significant when one of those crashes is a Tesla? Florida is no utopia when it comes to driving as it was reported as the 3rd worst state for motor vehicle fatalities that same year.

There is no doubt that a significant cause of the furor comes around the fact that Tesla is a pioneering company. The world is full of gasoline-powered cars and those who rely on their sale for a living. Tesla disrupts some of the oldest and most powerful industries in the US from the colossal Oil industry down to car dealerships, Elon Musk has found a way to irk a considerable amount of people. Throw into the mix that Baby Boomers have an inherent distrust of computers and new tech, and you have a perfect storm.

Let’s throw out the sentiment and look at the facts starting with the autopilot. Elon Musk’s incredible talent for marketing would certainly have you believe this to be the case. Tesla’s statement reported in an article from Electrek certainly seems to suggest that using their service is a definite improvement on the human alternative,

For those driving without Autopilot, we registered one accident or crash-like event for every 1.92 million miles driven. By comparison, the National Highway Traffic Safety Administration’s (NHTSA) most recent data shows that in the United States, there is an automobile crash every 492,000 miles. While NHTSA’s data includes accidents that have occurred, our records include accidents as well as near misses (what we are calling crash-like events).

He has since bettered this claim in a tweet,

If this is true then yes the media coverage on autopilot deaths is overdone. Tesla appears to be making their stats even more cautious than just crashes, as they are also showing near misses! This is where my alarm bells go off. Everyone knows there are lies, damn lies, and statistics. If you can arbitrarily insert data that pads out the actual crashes with near crashes you have subjective data.

There is also a big issue that avoiding a crash is one thing: avoiding death is another. Tesla assumes you didn’t go to law school on this one. Anyone who has taken the LSAT (Law School Admissions Test) knows that you have to look for false assumptions. “Is a Tesla safer simply because it crashes less,” absolutely not if every time I crash someone dies. It seems I’m not the only one with this point of view, as an excellent medium article effectively debunked any claims that Tesla is significantly safer than other luxury car brands. Here is perhaps the most damning quote from the excellent piece,

If true, this would mean that while you might avoid crashes better, when something goes wrong, look out.

After the autopilot issues come the concerns about fire. Batteries are essentially stores of energy. Anyone who has seen a Tesla go from 0-60 in “Insane” mode knows just how much power that takes. The batteries consist of Lithium which is a pretty reactive substance. As this report shows, the very thing that makes Lithium useful makes it dangerous. If you know nothing at all but these facts, it sounds like putting a giant version of this into a car could have repercussions. We know they explode in phones, so big shock that we have tragedies where people get burned beyond recognition. Multiple examples of how dangerous these fires in Tesla’s can be are available here.

Despite this basic concept, the NHTSA has continuously assured us that Musk is truthful. Tesla cars get outrageously high safety ratings. The Model 3 was given the title as having “the lowest probability of injury of any vehicle ever tested.” If that isn’t a headline to prove the haters wrong, I don’t know what is. Here’s another article quoting another national safety investigator stating that a Tesla is not more likely to catch fire. 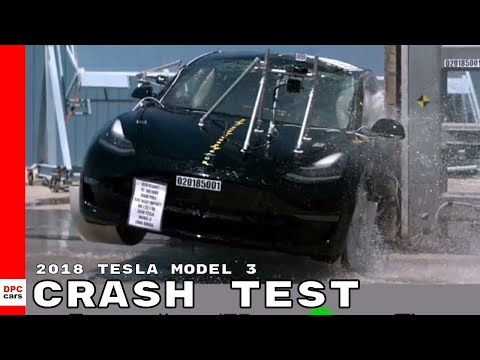 NHTSA should be testing the probability of Tesla computer malfunction

But are they are missing the point? Both these claims from regulators assume that they reduce the probability of injury, but they refuse to address the massive tail risk associated with when something goes wrong. If your doctor could cure you of ever being injured again except for a statistically significant tail risk of guaranteed death you probably wouldn’t take it. The pun is in poor taste, but there is no smoke without fire. The NHTSA’s reputation is on the line here, and that is why they have opened the investigation.

In cooperation with the Palm Beach sheriff’s office, the NTSB is sending a team of three to conduct a safety investigation of the commercial motor vehicle and Tesla crash in Delray Beach, FL.

If you believe a Tesla is safer, then there is plenty of information to back it up. But what about when something goes deeply wrong with its brain. In this story from Norway, you can see how a bug was in-diagnosable. A near-fatal accident occurred with failing brakes. Yes the Tesla’s excellent body strength saved him, but its defect tried to kill him. Mr. Sarelo is no Tesla rookie. What I found most alarming was his comments about Tesla trying to diagnose the issue,

There is always a chance of death, but it might be higher in a Tesla even if you are generally safer

This gets to the root of the Issue. The NHTSA tests cars for what makes it safer the vast majority of the time. But what if they don’ test effectively for the low probability, high fatality catastrophes. It seems extremely possible that the stats and the facts aren’t aligning. The NHTSA needs to take a look at how it tests electric cars with Lithium batteries. Looking at the evidence here, yes a Tesla is safer generally, but if something goes wrong, you have a higher chance of being killed. This means the mathematicians among us who can calculate the probability of death at any time will probably be less concerned. For everyone else, its time for Elon Musk to address the real elephant in the room.