The 10-year Treasury note yield of the United States has continuously dropped in a three-month span since November of last year for the first time since 2015, which may be seen as an indicator of uncertainty in the U.S. stock market.

Since late 2018, bonds and stocks have shown a similar trend of growth, which typically occurs when inflation and the Federal Reserve rate rise.

The decline in the 10-year Treasury note yield and other types of government debt suggests that investors may be losing confidence in the U.S. stock market despite the strong performance of the Dow Jones.

Speaking to The Wall Street Journal, Raymond James fixed income capital markets head Kevin Giddis said that while a recession is unlikely to hit the U.S. market anytime soon, the trend of the stock market could easily reverse.

The executive stated that there exists a clear discrepancy between the outlook on the U.S. economy by investors in the stock market and the bond market. 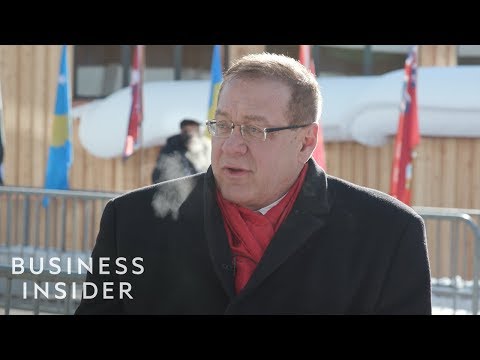 Encouraged by the patience of the Federal Reserve on maintaining its rate, progress in the U.S.-China trade talks, and the performance of key industries like the oil sector, the U.S. stock market has shown a high level of momentum in the past two months.

But, analysts remain uncertain on whether U.S. markets are initiating a proper mid-term rally or simply showing an extended corrective rally from its crash in late 2018.

Rosenberg suggested that a global recession could occur in the years to come as most major markets including the U.S., China, and Japan show weakness.

One reason to view the renewed risk-on rally as a technical bounce rather than fundamental is because we're staring at a global recession. It's not just me – the crew at Consensus Economics (seemingly out of consensus) sees sub-3% world GDP growth for the first time since '09.

Art Hogan, a National Holding chief market strategist, similarly stated that until the U.S.-China trade talks come to a conclusion and a comprehensive trade deal is achieved, the U.S. market will not be able to make more progress from its current level.

“To make further gains from here, we have to get concrete evidence coming out of talks with China that look like we’re actually making progress, and get signs of consistent growth,” said Hogan.

As CCN.com reported on Monday, the anticipation and the confidence toward a trade deal by March 1 are increasing. If a trade deal is accomplished, it could send the U.S. stock market into a major rally.

However, if both parties fail to come to an agreement and additional tariffs are imposed, the market may face significant shockwaves.

China Trade Deal Has to Happen at This Point 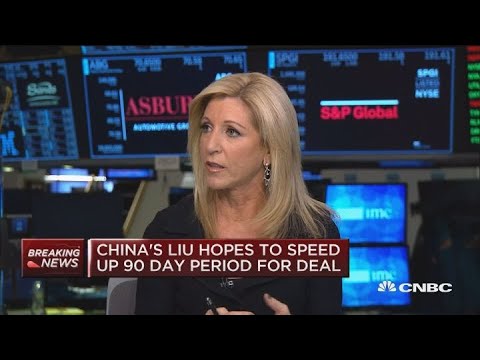 Wall Street analysts have projected corporate earnings to decline by 0.8 percent in the first quarter of 2019, a complete change in sentiment since December when analysts expected a 3.3 percent growth.

At this point, the failure to come to a consensus on a deal to ease the pressure on both China and the U.S. could reverse the trend of the U.S. market overnight.

Several analysts have said that the U.S. market may have reached its short-term peak and without major catalysts, an additional climb from the current level remains unlikely.

“(There’s) a lot of geopolitical risk between the U.S. and China — certainly we are in a worse place than we were a year ago,” Standard Life Aberdeen co-CEO Martin Gilbert said last month, expressing concerns in regard to the extent in which geopolitical risks are affecting major markets.