Lyft Chief Financial Officer Brian Roberts claims that losses the company suffered in 2018 were very likely the “peak” with better times around the corner. On a call with investors, Roberts said that an increase in revenue per rider was behind Q2 earnings completely smashing Wall Street expectations. Third-quarter sales, as well as full-year sales, look set to rise above Wall Street estimates. This news initially caused shares in both Lyft and Uber to rise by around 8 percent and 4 percent, respectively, during the day. Both stocks took a turn for the worse in after-hours trading, however, with Uber falling more than 10 percent and Lyft tumbling after. Uber reportedly weak quarterly results after the bell.

Not so great for customers

As champagne corks were popping and high-fives were dealt out among movers and shakers at both companies (before Uber ruined the party), some analysts started to mention a potential duopoly between the companies. According to analysts at Piper Jaffray:

“While Lyft continues to spend aggressively on various initiatives, competitive pressure on rider incentives for core ride-sharing continues to ease, which is a sign of a rational duopoly between Lyft and Uber for the moment.”

Lyft’s Roberts commented that prices had been adjusted on “select routes” and in “select cities.” These are based on cost and what he referred to as “demand elasticities.”

Demand elasticities? What the hell does that mean?

In a nutshell, it’s corporate-speak for telling you that prices will likely not rise on routes where potential customers have easy access to other forms of transport. Instead, changes will come into effect where a route is so popular that losing clients who can’t afford the price hike isn’t going to make much difference to demand and profit. Roberts added:

“We try to pick routes in cities where the demand impact would be the smallest.”

Effectively, he means the routes where there’s enough demand that it doesn’t matter if you can’t afford the higher pricing. The guy behind you in line will most likely be happy to pay. You can either catch the bus or maybe see if Uber is cheaper.

Not so fast! Roberts also added that Uber would likely be doing the same, which is where the duopoly claims come into play.

It looks like the days of cut-throat capitalism at its finest are over as far as the ride-hailing industry is concerned, for now at least. The coupons used previously to try and win riders over with cheaper fares than the other guy are now history. 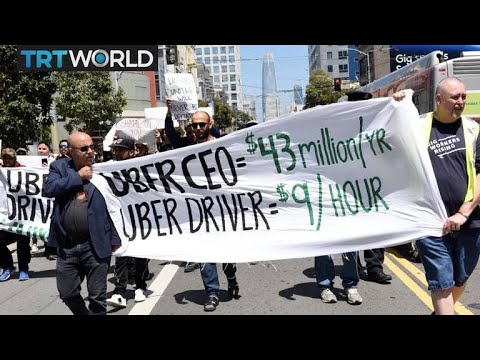 Both companies have seen protests in several U.S. cities over efforts to suppress driver pay. It now looks as though they will be driving up profits through their riders as well. The future could be bright for those with Lyft shares as well as Uber shareholders by the looks of it. Drivers and riders though? Not so much.