The best part? It was all caught on video.

Watch the president of #Finland ‘s reaction to @realDonaldTrump touching him. He is like “Don’t touch me” 😂 #DoNothingDonald pic.twitter.com/VDzfsQrUSo

Trump gave the leg pat to add emphasis to the declaration, “Finland is a happy country!”

In response, Niinistö starts to swat at Trump’s wayward hand. Then he puts his hand up as if to say, “Not that happy. Don’t touch me, bro.” It was a very Finnish reaction.

It appears that the reality TV celebrity of NBC’s hit show, The Apprentice, was watching Steve Carell’s performance on The Office and taking notes.

If the leg pat and “He’s a happy leader” incident doesn’t convince you, then watch this gem from his summit with North Korean leader Kim Jong-un: 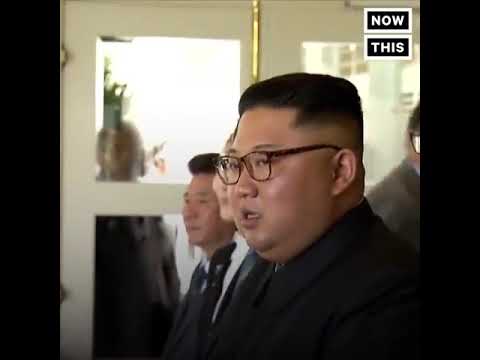