By CCN.com: President Trump is taking a stand against Deutsche Bank and Capital One for participating in a frivolous plan once again being enacted by House Democrats.

This time, liberals are looking to gain access to the president’s financial records, including data regarding his personal finances, his businesses, and his long-sought tax returns. Democrats have subpoenaed both Deutsche Bank and Capital One, which they say can offer new light on financial information regarding the president.

Trump is suing both banks to block the subpoenas, which he says serve “no legitimate or lawful purpose.” Both he and his legal team state that the financial information Democrats are seeking is for no other reason than to inflict “political damage” and that “no grounds exist to establish any purpose other than a political one.”

In a statement, Democratic Representatives of California Adam Schiff and Maxine Waters say that Donald Trump has consistently used lawsuits to “threaten” and intimidate people and it was time he received a taste of his own medicine. 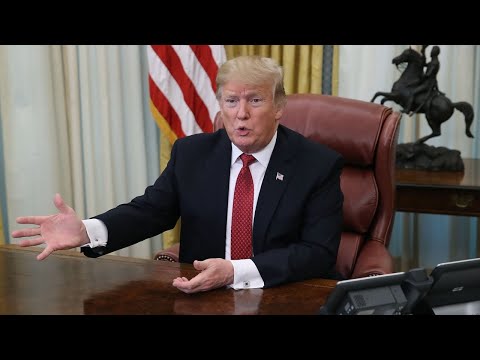 What the Democrats have shown repeatedly is that they are incapable of breaking their patterns. When attacking someone doesn’t work the first time, they’ll simply start over and try again.

First, it was the Mueller report. Approximately two years were spent on a frivolous (and illegal) lawsuit that will ultimately cost American taxpayers anywhere between $32 million and $35 million. The findings of the Mueller report resulted in what many of us already knew: that no collusion occurred between Trump or his staff members and Russia during the 2016 presidential election.

If anything, the report worked against Democrats by shedding new light on the shady dealings of the Obama administration, which likely knew that Russian interference was a factor in the election and did little or nothing to prevent it.

Despite the findings of the report, Democrats refuse to accept the facts. Attorney General William Barr has now undergone a Senate hearing to potentially put the case to rest, while Mueller has agreed to testify before a House Committee.

When will this illegal Joseph McCarthy style Witch Hunt, one that has shattered so many innocent lives, ever end-or will it just go on forever? After wasting more than $40,000,000 (is that possible?), it has proven only one thing-there was NO Collusion with Russia. So Ridiculous!

President Trump is breaking America’s political mold, which is arguably why Democrats target him. Trump has consistently refused to release his tax returns, something many presidents have done in the past. Trump has even commented that his tax return information is nobody’s business and that he works very hard to pay “as little tax as possible.” To this, one can say: “Heck, who wouldn’t?”

Trump Is Within His Rights to Keep His Tax Returns Private

The fact remains that presidents and respective candidates are not required by any law to release their tax returns. This is simply a courtesy that many candidates have adhered to in the past, but there’s no set legislation forcing presidents to do so.

In the past, approximately 34 presidential and vice-presidential candidates have refused to release their tax returns including Gerald Ford, who served as president following the resignation of Richard Nixon.

Several Republicans have since come to the President’s side, claiming that Democrats are “abusing their power” as a means of potentially removing him from office.

Nick Marinoff
Nick Marinoff has been covering the cryptocurrency and blockchain space for nearly five years. Among the publications he's worked with are Bitcoin Magazine, News BTC, Bitcoinist and Money & Tech, to name a few.