By CCN.com: The Trump effect has rubbed off on Taiwanese billionaire Terry Gou who announced he will campaign for president. What prompted the startling decision to run for office? A sea goddess told him to do it.

Terry Gou: Sea Goddess Visited Me in a Dream

Speaking at a Taipei temple this week, Gou revealed that the desire to run for president was planted in him by Mazu, a deity in Taoism who is considered the guardian angel of sailors and fishermen, per CNN:

“Three days ago, Mazu came to me in a dream. Mazu doesn’t want Taiwanese society to be so difficult. Mazu told me to come out and do something.”

The Taiwanese billionaire is seeking the country’s presidency on a Kuomintang (KMT) party ticket. Gou indicated that he will quit running the daily operations of Foxconn if nominated to be KMT’s presidential flag bearer.

Currently, the Taiwanese presidency is held by the Democratic Progressive Party (DPP), which is opposed to reunification with China.

Criticism swiftly followed Gou’s announcement. Areas of concern include his close ties to China. Foxconn – which manufacturers the iPhone – is one of the biggest employers and exporters in the world’s second-largest economy.

Some of the criticism came, unsurprisingly, from the DPP. A senior advisor to President Tsai Ing-wen said Gou’s mainland business dealings would complicate his bid, according to Reuters:

“He’s very pro-China and he represents the class of the wealthy people. Will that gain support from Taiwanese?”

Gou has also been criticized for his style of leadership, which opponents allege borders on the dictatorial.

Despite the criticism, Gou has several advantages. Tensions between China and Taiwan have increased in recent years. This has been blamed on the current president because Tsai has raised suspicion in China, which considers Taiwan a breakaway province, that she is pushing for the formal independence of the island. 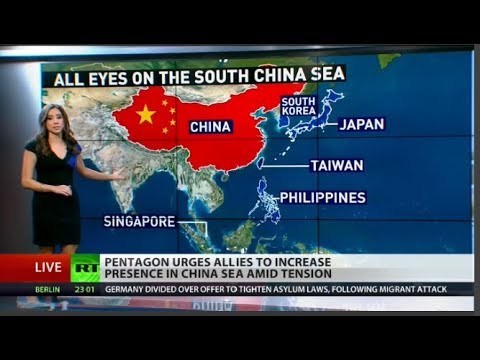 His deep personal and business ties to China (he is friends with Chinese president Xi Jinping and his parents were born in mainland China) could prove to be an asset in reducing the tensions.

Chinese Communist Party-linked publication Global Times argued as much in an editorial:

“If Terry Gou becomes the leader of the Taiwan region next year, tensions between the two sides will ease, and the situation in the Taiwan Strait, in the short term, is likely to reach a turning point.”

Is Terry Gou the Trump of Taiwan?

In various ways, Terry Gou and Donald Trump are cut from the same cloth. Like Trump, Gou is entering politics from the business world with no prior political experience. Gou is also considered a populist.

Local reports even suggested that Gou first entertained the idea of running for president after Trump won in 2016.

"Taiwanese news reports say Mr. Gou became serious about running for president after Trump’s election in 2016. He was feted by Trump at the White House a year later, after Foxconn announced a multibillion-dollar investment in Wisconsin, whose scale is now in question"

And fortunately for Gou, he is on a first-name basis with Trump. This was evidenced during a groundbreaking ceremony at a Foxconn plant in Wisconsin. At the time, Trump hailed Gou as a great business leader:

Shares of FIH Mobile, a Foxconn subsidiary, jumped by nearly 60 percent before paring those gains. However, an upward trend which has been dominant the entire month continues.

Hon Hai Precision Industry Co, the formal name of Foxconn, rose by close to six percent before falling prey to a similar pullback.