By CCN.com: As we expected, President Trump didn’t wait for long before quashing the stock market rout. Rather than a tweet, the president engaged with the media, informing them that rather than spoil Christmas he was going to delay the China tariffs. That was smack in the middle of the trading day, and the major indices too the cue, with the Dow Jones, S&P 500, and Nasdaq all pushing higher on the day. Whether you’re a long-term investor or a trader, one thing is clear – the stock market is only going to become more volatile as long as President Trump is in the White House. 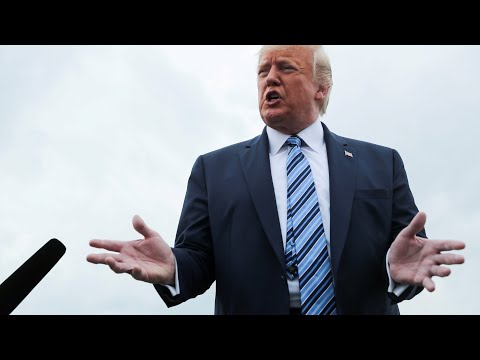 What Comes Next for the Stock Market?

That’s a good question. After all, the Dow Jones shed more than 1,000 points since trade talks between Trump and President Xi Jinping went south last month. Clearly, he is moving the stock market more than even the Fed or fundamentals, with earnings season currently underway. Something to keep in mind is that Wall Street firms have been pouring resources into machine learning and algorithmic trading, a phenomenon that lends itself to the whims of the President’s tweets. When he says something that according to reports these algorithms are designed to capture in media headlines, buying or selling activity is quickly reflected in the performance of stocks. Clearly, today those remarks went in favor of the bulls, but if history is any indication it’s only a matter of time before Trump once again goes on the trade offensive. That could trigger the trading bots to sell, sell, sell.

Easy to dismiss today's rise as "sell the rally" because consensus is bull market late cycle.

– With consensus late cycle/fade, it is fuel for monster 2H rally

Meanwhile, stocks have the tailwind of the Federal Reserve at their back, with monetary policymakers expected to cut rates again when they meet in September. In fact, Wall Street firms are factoring in as many as a trio of additional rate cuts in the near future to stave off the threat of a recession. But with trade and tariffs clearly the impetus, investors might want to buckle up because it’s going to be a bumpy ride in the stock market for the foreseeable future.