By CCN.com: Sears is in a downward spiral and it’s trying to take down as many others as possible, too, including a top advisor to President Trump. The retailer, which is currently in bankruptcy protection, has filed a lawsuit against its former CEO Eddie Lampert, his hedge fund ESL Investments, Treasury Secretary Steven Mnuchin, and others. Sears filed for Chapter 11 bankruptcy protection six months ago. Mnuchin was on the Sears board of directors for more than a decade but resigned when he became Treasury Secretary. He has reportedly poured $26 million into Lampert’s hedge fund.

The complaint alleges that the defendants “siphoned billions of dollars of the company’s assets” via sales and spinoffs even as the retailer “was sliding into bankruptcy.” Sears claims that Lampert and friends misled investors into believing the company’s balance sheet was stronger than it was. More than $2 billion in assets was directed to Lampert and his hedge fund, the lawsuit asserts, which places Mnuchin square in the middle of the fight. Meanwhile, the retailer racked up $7.1 billion in losses in the three-year period leading up to 2014.

For his part, Mnuchin is a former top executive at Lampert’s hedge fund, ESL, which is front and center in the lawsuit.  The hedge fund has since fired back, reportedly saying it “vigorously disputes’ the allegations” and adding:

“As we have previously said, the debtors’ allegations are misleading or just flat wrong.”

Sears Was Once America’s Biggest Retailer

The demise of Sears has played out over several years over which time the company has shuttered hundreds of locations. It’s been a hard fall for a company whose former glory included the distinction as the No. 1 retailer in America. They started trading on the NYSE before the Great Depression and expanded into appliances soon after. Eventually, they merged with Kmart. Lampert took the CEO job in 2013 and his hedge fund lent billions of dollars to Sears. But eventually big-box retailers including the likes of Home Depot dethroned Sears and sales were slashed by some 60%. The future of the company was called into question, and many blamed Lampert. Earlier this year Lampert swooped in and won a bid for the company’s real estate and some of its brands.

As for Mnuchin, the Trump administration is no stranger to litigation and controversy. President Trump reportedly believes that the retailer was “mismanaged” leading up to the Chapter 11 filing, which rather than being directed at Mnuchin might have been meant for the Treasury Secretary’s former college roommate Lampert. 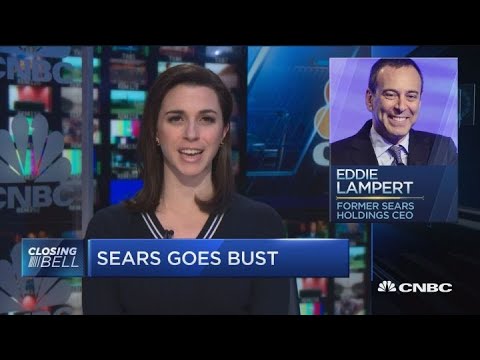 Another Sears IPO Could Be in the Cards

Lampert’s hedge fund side emerges with his bold post-bankruptcy plans for the company, which are comprised of smaller stores and less clothing. He told the Wall Street Journal:

“Our goal is to continue to shrink the size of our stores. If I had my druthers, I’d rather be bigger than smaller. We still have enough of a critical mass.”

Another Sears IPO is not out of the question, either.