By CCN.com: The spate of bad news regarding Tesla seem to be unending. The electric car maker’s price target has now been trimmed by Barclays from $192 to $150, according to CNBC.

Barclays also noted that the firm’s solar storage installations have been recording declines in the last two quarters. Solar installations are done by the electric car maker’s subsidiary, SolarCity.

One million tesla robotaxis by 2020? Barclays thinks not 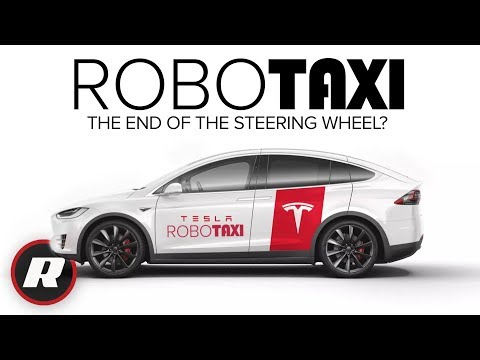 Analysts at Barclays also poured cold water on Tesla CEO’s ambitions to launch self-driving cars by 2020. Last month, Elon Musk stated that the electric car firm will launch a network of one million robotaxis by 2020.

While Mr. [Elon] Musk is pivoting to the remaining ‘hyberbull’ full robotaxi scenario, his efforts to spring excitement around Tesla’s full self-driving capabilities was broadly met with the appropriate skepticism.

Elon Musk says Tesla will have 'robotaxis' on the road by 2020 https://t.co/gXc0WWf4hh #videos

While pointing out that Musk’s ‘efforts to spring excitement around Tesla’s full self-driving capabilities was broadly met with the appropriate skepticism’, Barclays has predicted that reality will start to hit investors going forward:

We expect more investors to gravitate back to Tesla’s near-term fundamentals of demand, profitability, and cash generation, areas that are now more exposed as the blue pill thesis washes away.

The bearish stance taken by the analysts could drive Tesla’s stock price even lower. Since hitting the yearly high of about $347 the stock has plummeted by over 45 percent. In Thursday’s pre-market hours, it was trading at slightly under $190.

Compared to a recent prediction by New York University’s Scott Galloway, the price target of $150 is generous. A little over a week ago the NYU professor warned that the electric carmaker was overvalued. Galloway further warned that in 2019, short-sellers will win.

Additionally, Galloway stated that within a period of 12 months, Tesla’s stock will be trading below $100.

The NYU professor also predicted that Tesla is likely to be acquired ‘because there’s real brand value there’. According to Galloway, iPhone maker Apple is a possible candidate for acquiring the electric automaker:

Apple (AAPL) is the premiere organization in the world for creating tech hardware, and you would argue that Teslas are premiere tech hardware. So, from a product standpoint, it makes sense.