The tensions and bad blood between Apple and Qualcomm have just been driven a notch higher.

According to Reuters, Qualcomm now wants trade regulators in the U.S. to ban the sale of some iPhones in the country. Specifically, Qualcomm wants those iPhones equipped with modems made by its rival Intel taken off shelves.

With the move, Qualcomm is seeking to overturn an International Trade Commission (ITC) ruling delivered last year in September. Then, the ITC concluded that some of Qualcomm’s patents had been violated by Apple. 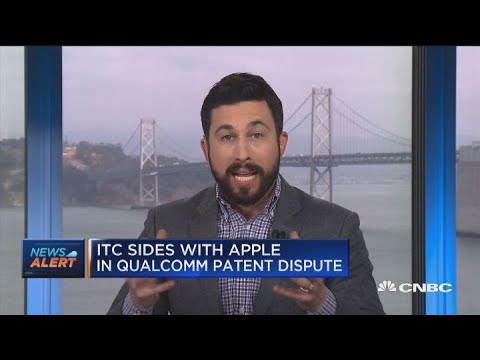 No Ban on iPhones in the U.S. Despite violation of Qualcomm’s Intellectual Property

However, the regulator refused to slap a ban on the sale of iPhones bearing Intel modems in the United States. The regulator argued that a ban on such iPhones would effectively result in handing Qualcomm a market monopoly. Fortunately for Qualcomm, the regulator indicated in December that the earlier decision would be reviewed in 2019’s first quarter.

Qualcomm has pulled similar moves in China and Germany with mixed success. In Germany Apple no longer sells iPhones bearing Intel modems and only stocks those equipped with Qualcomm chips.

Apple to ship #iPhones with only Qualcomm chips to German stores https://t.co/MtxHZOITB8 by @StephenNellis pic.twitter.com/TpwqNadBfV

The models that have been affected include the iPhone 7, iPhone 8 and iPhone X. This was after a German court ruled that Apple had infringed on the intellectual property of the chipmaker.

Last year in December, Qualcomm also successfully obtained a preliminary injunction preventing Apple from selling some iPhones in China. To get around the patent infringement it had been accused of, Apple opted for a software fix, per Reuters:

Based on the iPhone models we offer today in China, we believe we are in compliance. Early next week we will deliver a software update for iPhone users in China addressing the minor functionality of the two patents at issue in the case.

Last week, Apple alluded that it will also apply the same software update to Intel-chipped iPhones in the U.S. as well. While announcing the software workaround Apple indicated that it would require six months to verify the success of the fix to the satisfaction of regulators. This is likely to mean that even if the ITC reverses its September ruling, a ban will likely last less than half a year.

Apple Prepared for a Qualcomm Win

Apple has already urged the ITC to delay a possible ban by six months in the event that the September ruling is reversed. Additionally, delaying the ban would allow Apple to deplete its existing inventory.

In seeking a ban on some iPhones, Qualcomm argues that the software fix Apple has introduced proves that the September ruling by the ITC ought to be reversed, according to Apple Insider:

Apple’s public interest arguments throughout the course of this Investigation have all rested on one fundamental idea: that enforcement of the ‘490 Patent would cause unavoidable harm to the public interest. Apple now admits — more than seven months after the hearing — that the alleged harm is entirely avoidable.