Just when we thought that the likes of Sony would restrict console gaming to those with deep pockets, Nintendo has come to the rescue with the announcement of the wallet-friendly Switch Lite.

The Nintendo Switch Lite is a $199 handheld gaming device that will hit the market on Sept. 20. It is a full $100 cheaper than the base version of the original Nintendo Switch that went on sale in March 2017, which has moved more than 34 million units during its lifetime.

With its latest move, Nintendo wisely targets a segment of gamers that hardware-obsessed Sony could miss out on.

Nintendo Makes a Savvy Move with a Cheaper Switch

Nintendo’s Switch console was already doing well, as the sales numbers tell us. But instead of going after fat profits by launching a more powerful console, Nintendo decided to go the other way and target a type of gamer that’s quickly gaining traction – the casual gamer.

As it turns out, Nintendo has already begun testing cloud games on the original Switch console. So don’t be surprised to see the Switch Lite take advantage of the growing popularity of cloud games.

All of this indicates that Nintendo will probably be doubling down on the casual gamer demographic with the Switch Lite, and this becomes more evident if we take a look at the specs of the device.

The Nintendo Switch Lite comes equipped with a 5.5-inch screen, compared to the 6.2-inch screen of the original. So the cheaper device will be more convenient for those looking to play games on the go since it is compact, and reportedly carries better battery life.

Moreover, the Nintendo Switch Lite cannot connect to a television and the controllers are fixed to the device, unlike the detachable ones we get with the original one. This is another indication that Nintendo is not going after hardcore gamers with this stripped-down device.

Why the Nintendo Switch Lite Should Succeed

It is hard to know for sure whether the Lite will be successful, given that you can get the original Nintendo Switch for just $100 more.

But if you’re looking to play games during your commute or as a pre-bedtime activity, the Lite makes a lot of sense. 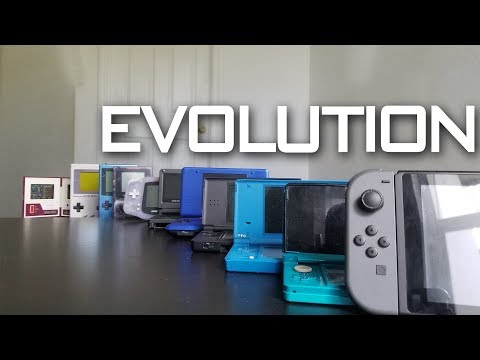 Moreover, gamers have shown their affinity toward portable gaming consoles in the past. Time and time again.

Of course, those numbers are nothing compared to the nearly 200 million units of the Game Boy and the Game Boy Advance that Nintendo sold during its heyday.

The company will be hoping for similar magic with the Switch Lite, and don’t be surprised to see that happen as Nintendo is going after the low-hanging fruit of casual gamers spurned by Sony and its insanely-expensive PS5.

September 23, 2020 2 Comments
← PreviousPlayStation 5 Will Be Dead on Arrival with Sony’s ‘Hardcore Gamer’ Strategy
Next →Epic Games Adds Airstrikes to Fortnite and Players Are Furious