A new poll has revealed that 38 percent of New Yorkers believe that AOC was the ‘villain’ in Amazon’s failed attempt to bring its second headquarters to Queens, New York.

The Siena College poll, which was released on Monday, has revealed that New Yorkers believe Rep. Alexasandria Ocasio Cortez (D-N.Y.) was the biggest antagonist when it comes to apportioning the blame for Amazon’s decision to pull out of locating its second headquarters in Queens.

In the same poll, only 12 percent of people said that they believe AOC was the ‘hero’ of the story.

Alexandria Ocasio-Cortez is not alone in being cast as the villain, however, with Gov. Andrew Cuomo and New York City Mayor Bill de Blasio also being singled out for their parts in the Amazon HQ2 fiasco.

Another 26 percent pointed the finger at Amazon itself for backing out of its agreement.

The Siena College poll paints a clear picture of who exactly New Yorkers feel is most responsible for Amazon pulling out of Queens. It also suggests that AOC made a big mistake when deciding to go to war with the Jeff Bezos-controlled e-commerce superpower.

By a margin of 67 percent to 21 percent, the New Yorkers questioned in the poll believe that not welcoming Amazon to Queens was a bad move on the part of NYC. 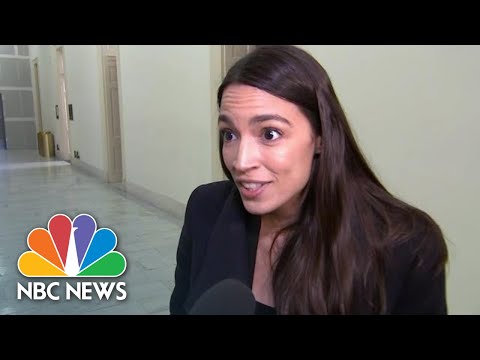 And in a further question related to the terms of the deal which so incensed AOC, a margin of 61 percent to 30 percent stated that they were in favor of the $3 billion in state and city incentives that Amazon was due to receive for bringing 25,000 jobs to New York.

It seems as though the AOC-influenced the decision for Amazon to backtrack on its plans also played badly with those supporters whom the freshman senator would most likely consider her base.

Fifty-six percent of self-described liberals also believe that not bringing Amazon to New York was bad for the state.

Siena College pollster Steven Greenberg had this to say on the poll’s findings:

“While some may have celebrated Amazon’s announcement to pull the plug, the vast majority of New Yorkers of every stripe thought it was bad for the Empire State.”

Interestingly, according to Greenberg’s reading of the poll’s results, New Yorkers would be overwhelmingly in favor if Amazon and local politicians could perform an about-face that would see the company finally decide to locate its HQ2 in Queens.

“The Amazon deal was seen as very contentious, however, there was strong support for it last month, before it got cancelled. There is an overwhelming feeling that its cancellation was bad for the state. And there is strong support – among all demographic groups – for Amazon to reconsider and move forward. Clearly, jobs outweigh the cost of government incentives in the minds of most voters.”

With the majority of New Yorkers obviously massively against the decision for Amazon to abandon NYC, it remains to be seen whether Ocasio-Cortez will be one of those politicians willing to mend fences with Mr. Bezos and the Amazon suits in order to give New Yorkers what they want.