By CCN.com: The “Game of Thrones” finale is coming. Just two days away, the resolution of a show that has captivated the world is a big deal. According to a recent survey, some 10.7 million Americans will avoid going to work on Sunday and Monday due to events in Westeros. To suggest this will trigger a significant loss to employers broadly speaking is simply incorrect.

The Final Episode.
This Sunday at 9PM. #GameofThrones pic.twitter.com/kwVqjuG4fV

These sort of surveys are banded around whenever the U.S. has anything that captures people’s attention on a national scale like “Game of Thrones” has done. The Superbowl is a perfect example of this kind of bizarre number fetishization.

Lesson No.1: People Are Scared of Big Numbers

CBS touted a $4 billion loss to the economy from the NFL game due to absentee workers. Oh no! Batten down the hatches and start buying tinned food! Winter must be coming for U.S. businesses! There are huge leaps of faith made with stats like these, and they oversimplify at every turn. The fact is that there are massive economic gains as a result of the Superbowl. Money flows in from abroad for TV rights while people host parties and spend more on food and drink. Hosting the game alone can be worth around $400 million for the lucky city hosting it. The U.S. economy runs on confident, happy consumers with loose purse strings. Nothing loosens those purse strings like the Superbowl. The “Game of Thrones” finale is probably going to be an equally liquid affair.

Let’s take a closer look at the Throne survey’s findings. Firstly, here’s the amount of employed adults who plan to watch “Game of Thrones” on Sunday:

“A staggering one-third (34%) of employed U.S. adults who participated in the survey say they plan to watch the finale Sunday night, which would make it one of the 10 most-watched series finales in television history… One in five “Game of Thrones” viewers (21%) plans to watch the finale away from their home.”

Ok, so 21% of roughly 130 million employed people are going to be out spending money they otherwise might not spend. If each pays just 10$, that’s approximately a $260,000,000 injection around the country. Let’s not forget the cost of having an HBO subscription to watch “Game of Thrones”. 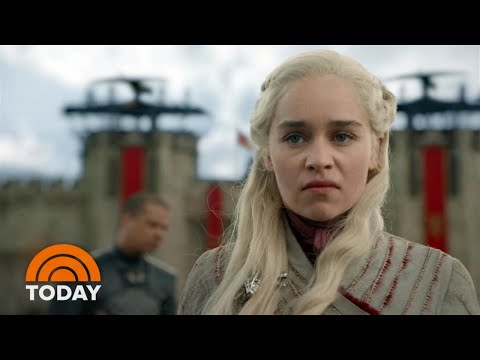 The U.S. Economy Will Survive, Daenerys May Not

We know from research that employers lose roughly $3,600 per hourly worker and $2,700 a salaried worker each year from absenteeism. This gets slightly more complicated, but if we divide the total loss by 365 days to get the hit per day, it comes to a Lilliputian $9.8 for hourly workers and $7.4 for salaried employees. Factor in that of the 5.9 million U.S. businesses, 3.6 million have fewer than five employees and you get $34,560,000 of losses (for hourly workers, assuming four employees) for more than half of the U.S. economy. We already made 10 times more than that in Coke and Doritos! Not to mention that sick days and vacation are your time you are entitled to and are budgeted for, so not strictly a loss. As you can see we are leaving plenty of upside in this prediction. Don’t get me started on the 401k implications of HBO’s parent, AT&T stock performance as a result of the show.

Thus, in conclusion, by all means, skip work and watch “Game of Thrones”. Just make sure you get some snacks and tip your server. The U.S. economy will survive. Unfortunately, we can’t say the same for any of the remaining cast.